My thought process on FJ was, "mid-late seventies Nazi movie? Must be Marathon Man. Laurence Olivier, of course. No, wait, he was the Nazi, not the Nazi hunter. Must be some other actor, uhhhh, I guess I'll go with Gregory Peck."
Top

I got the right FJ! response for the wrong reason. I knew Olivier had been in Marathon Man, but I was pretty sure he was a former Nazi in that movie, and not a Nazi hunter. Since I had nothing better, I had to go with it. Luckily, he ended up being the correct response anyway.
Top

England is too limiting an answer, as the overthrow of James II also affected the governance of Wales and Scotland. While not the correct answer by the strictest definition, I think they figured it got close enough.
Top

Paucle wrote:total hot/cold for me on the DDs today. On each of the first two, I'd've wagered TTD+W, whereas the third I'd've done minimum $5.

If I would have known the state outline plus other easy facts were coming I would have bet it all on the quarters. Not trusting myself I bet only 2400. Baseball Teams was of course TTD+W. By the time of the Pony DD my score was so high that I went for 6400. I had Dapple and only because of going with the rhyme was I able to recall Gray.

The players did all right with very easy boards, but still left tasty nuggets for viewers with Pauling, Lawrence, Frederick and Priestley.

After the first segment I used the time to think about Billiards Shots. I had break and bank, but not called, jump (thought about trick) or combination. I thought a clue might lead to scratch, lag or English.

I was sure the movie being referenced was The Boys From Brazil and I only had a vague recollection of Olivier being in it which was probably from an Oscars clip. Unfortunately, I have never seen the movie. I was about 15 when it came out and cared more about things like Superman and dumb sequels back then. I made the switch to Gregory Peck because I was sure he was in the movie and knew he had multiple nominations. Peck is a Nazi and Olivier is the hunter. Yeah, that's great to know now.

After Peck was shown to be incorrect it hit me. Wuthering Heights is one of those famous 1939 movies! Olivier's in that one! It was a terrible feeling. I should have thrown my pen out of reach after two seconds. It's terrible to let gettable clues get away in consecutive days.

Thad caught a break with the wagering. I know it's nice to tip the doorman, I mean doorperson, but Matt and Cameron took it too far.
Top

Paucle wrote:total hot/cold for me on the DDs today. On each of the first two, I'd've wagered TTD+W, whereas the third I'd've done minimum $5.

What is TTD+W? On baseball, I'm taking up a collection from the audience.

I said England for the Glorious Revolution, wasn't taking chances with other versions of the country's name.

I went 4/5 in that category. I hadn't heard of the Orange Revolution and was pretty sure the Netherlands didn't have one in 2004.
Top

It's a real shame they burned Baseball Teams as a category today, thus assuring that if I ever get The Call my board will be "Obscure Shakespeare Plays," "Etruscans," "Opera," and "Chemistry."

Conan may be on to something, why the reference to the ides of March today, when I'm pretty sure that's tomorrow? (Come on, Alex, can't put a pi reference in there?)

The first clue in the baseball category had the words "new jersey", and unfortunately sidetracked me to wonder about teams in that part of the country (which I knew none of them had red birds as the logo. Damn you Jeopardy! All Caps Convention!)


jjwaymee wrote:With apologies to Austin Powers, here is a summary of tonight's game

Yup. Place has been turned into a Subaru dealership.
"Jeopardy! is two parts luck and one part luck" - Me

soxfan99 wrote:How is Madame Curie not acceptable? It differentiates it from Pierre Curie. If just last names are acceptable unless there are two famous people who share the name, it seems like providing enough information to distinguish between the two should be enough.

It doesn't differentiate from her daughter Irene Joliot-Curie, who also won.

Just curious, have they ever asked about her on the show?
Top

I think TPTB on the show just roll their eyes and accept the fact that contestants nowadays will almost never use the correct name of the country in the correct context, and will only penalize them if they say something obviously wrong...like 'France', 'Gallifrey', or 'Schenectady'.

Is it safe...to reply Who's Laurence Olivier?

hscer wrote:Anyone else feel like the difference in difficulty between the first 60 clues and the last one was huge? Best I could do in FJ was Spencer Tracy, thinking maybe the Nazi hunter was a hint somehow instead of just a weird fact. Find out now he died in '67.

At least you were off by only eleven years. Two of the other responses, Clark Gable (eighteen years) and John Barrymore (thirty-six years) were far wider of the mark.

Me, also. Too bad her buzzer speed wasn't up to her contestants. I got FJ, but not instantly -- I knew Olivier played a Nazi hunter in 'The Boys From Brazil' following his role as the Nazi in 'Marathon Man', but I didn't think he'd been nominated for the role. I went with him anyways.
Top

Anyone else think of this infamous Final?
Top

Yes, and I cursed the fact that knowledge acquired from it couldn't help me here.
Top

I would guess because the earlier clue was referring to the 5 decades immediately preceeding the time in question; not simply five decades in total. But I could be wrong.

Re: Is it safe...to reply Who's Laurence Olivier?

Sage on the Hudson wrote: I miss Bill Clinton.

So does Hillary.
Blogodarnost
Top 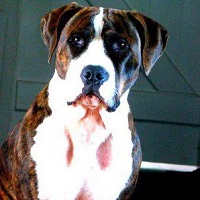 FJ: got Laurence Olivier right away, thinking of Marathon Man (and thinking, "wasn't he the secret ex-Nazi dentist? ...maybe there was a twist? Didn't matter, I had the right thespian. I did the math of 30s thru 70s. Was sure Oliver fit that...he'd been married to Vivien Leigh, whose GWTW was 1939)

Also took a moment to think, "who else?'" --- ex-Nazi movie: Boys of Brazil - made me consider Peck, but thought he was probably not around being nominated in the 30s. And also Max Schell (too young).

But I stuck with Sir Larry, whose career timeline fit the clue perfectly .
Top

I would guess because the earlier clue was referring to the 5 decades immediately preceeding the time in question; not simply five decades in total. But I could be wrong.

No, you're right. The 2006 clue specifically says so, while the Olivier clue, although not specific, also covers a different set of five consecutive decades( looked it up, and Olivier's first nomination was in 1939,the last, as stated, was 1978, so it's that somewhat surprisingly tricky idea where 'something that happened over a period of (x) years took place during a total of (x +1 ) decades.'
Top
Post Reply
55 posts