I heard that podcast too but they were talking more about Frozen amongst other things.
Please follow me on Twitter @Cinjeopardy
Total game show losings: $25 K
Top

This game basically went exactly how it was supposed to. Congrats to Chuck on the win and to Colby on the wild card spot! All three players had several impressive gets. I was rooting for Mark since I have met him a few times, but luck just wasn't on his side there at the end. I had Chuck pegged as a slight underdog in this one, but mad props to him for grabbing the lead early and never losing it! I was also expecting the cover wager from Chuck in FJ, but it's a good thing that he wagered conservatively!

I found the DJ round to be much easier than the J! round.

I got FJ in about 10 seconds by moving away from books and thinking of musicals, but I can see how this one would trip people up. My first thought was 50 Shades of Grey!
Top

That was a deliciously evil FJ. Somehow I don't think of the Book of Mormon as, well, a book, and I was searching for a movie to glom onto. (Musicals never entered my mind.)

Nice, tough boards, with some great gets from the champs.
Not many people can say they've lost four times on Jeopardy!.
Top

This was a game where I did much better in DJ than in the J round thanks to Islands (picked up Montreal lach trash), Female Leaders, and Composers.
Top

floridagator wrote:The contestants today missed a lot of fairly easy clues. I couldn't believe Montreal was a $2000 clue and still no one got it correct.

Geography is my best category, but I had never heard of "Montreal Island."
Top

18 right. Lach trash: "harpoon" (well, Dad guessed it and I went along with it) 3/5 on 70's, blanked on South American wildlife and Sherlock Holmes; did well on female leaders.
Instaget FJ. I remember Book of Mormon from other Jeopardy games dealing with recent fiction, and I knew 1830 was when the LDS church was formed. These Champions tournaments can be humbling- some of these answers I have never heard of.
Top

Chuck shaking his head for missing Final, even after he must have realized he was going to advance, reminded me of how Bob played him in the MDM semis (even though that was a clue they both got right) https://www.youtube.com/watch?v=jMLcRM9VS9E&t=19m33s
Now Completed: TD 224 - Airplane!
Coming Eventually: hscer's 3rd TD

Hey, quick question for you Jeopardy rule aficionados -- for the Clara Peller clue, would "Where's the Beef?" (as opposed to "What is 'Where's the Beef?'") have been accepted, since it is already in the form of a question?
Top

mdude04 wrote:Hey, quick question for you Jeopardy rule aficionados -- for the Clara Peller clue, would "Where's the Beef?" (as opposed to "What is 'Where's the Beef?'") have been accepted, since it is already in the form of a question?

I really, really liked these boards (Fashion! Finally! It's a peplum, boys!) and what a well-fought fight at the end there. A nail biter. Hubs and I paused on the FJ and started working through it, focusing on what popular non-book premiered in 2011. We've seen Book of Mormon twice, so boom, there it was! (If you have a chance to see it, do it. Funniest thing I've ever seen.)

Congrats to Chuck and Colllllbyyyy!! That must've been tough not knowing if he'd made enough to make the cut.
Top

It took me a while to get Montreal Island too - I originally thought that the island wasn't called Montreal Island (why would it be a $2000 clue otherwise?) and thought of Hochelaga, but then remembered that's the name of the archipelago which *contains* the island I'm looking for, so I thought "What else could it be but Montreal Island?" since I didn't want to TPH it.
"Jeopardy! is two parts luck and one part luck" - Me

I'm LDS, and I still didn't get Final. I was concentrating on the 2011 part of the clue, and also thinking of movies, and the best I could come up with was The Hunger Games (which I knew was wrong).
I can't wait to watch the semifinals!
Top 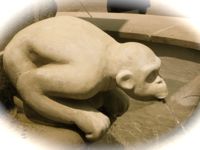 dhkendall wrote:I'm wondering if my response for the $600 clue in "Sounds Like A Letter" would count: I said (a homophone of) "A", the answer was pronounced as a homophone of "I". Now first off, I'm not 100% sure if I was answering "aye" or not, but I argue that "aye" can be pronounced as a homophone of "A". Something that might count against me though is that "A" was used later in the $400 clue (Fonzie's utterance), so they might be less likely to count it on another clue in the same category. I'm counting it on the fact that "aye" can be pronounced "A", but what do the rest of y'all think?

Because it's "A as in are; I as in aye" according to this helpful phonetic alphabet:
A as in are
C as in cue
E as in eye or ewe or eau
I as in aye
O as in our or oui
Q as in quay
S as in sea
W as in why
Y as in you

It didn't help me on this category but it's great fun when spelling aloud for others...
Top

I am so mad at myself for missing FJ. I saw BoM on Broadway on March 30, 2011; I had misremembered it as the day after opening, but I guess I still saw it within the first week. I've seen it again in St. Louis since then, and I have the cast recording. I just didn't make the connection.

I'm good with composers, and I've heard of Delius, but don't think I would have ever thought of him. Props to Mark (I think it was).

This was a great game. At least one of them, maybe two, said they were scared off "Montreal Island" because of the difficulty of the other clues; they couldn't believe it would be that easy.

I was pretty relieved when Colby grabbed the last wildcard with 11k, because it meant my pre-FJ score of 10200 wouldn't have been good enough to stand pat. I did NOT need the help second-guessing.
Top

pdano wrote:This was a great game. At least one of them, maybe two, said they were scared off "Montreal Island" because of the difficulty of the other clues; they couldn't believe it would be that easy.

I was pretty relieved when Colby grabbed the last wildcard with 11k, because it meant my pre-FJ score of 10200 wouldn't have been good enough to stand pat. I did NOT need the help second-guessing.

The difference between Colby's bet and Tom Nosek's bet is a fascinating glimpse into the difficulty of quarterfinal wagering. I don't like it, but given that a week only has 5 days in it, I don't know how I would change it.
Top

ihavejeoprosy wrote:That was one of the best FJ clues in recent memory. I got it wrong but give the writers props for coming up with it.

I feel the same way. This game went mostly how I thought it would--an even shootout down the line with all three having a chance to advance. Right before FJ I thought that Pam was dead if the clue were "Keynesian" easy, but fortunately (as I am rooting for her) it was not.

No offense intended to Russ Schumacher, but the other four winners are clearly among the top half dozen or so players of all time. Among the wild card recipients are three more of the greatest players ever (Leszek, Pam and Colby). Quite honestly, the only two players that would have made this perfect had they made it would have been Frank Spangenberg and Jerome Vered, although they did have their chance. Okay, Mike Dupee could also have replaced one of them--and if he doesn't play Brad in the earlier winner-take-all round, he just as well might have.

Colby's undefeated Jeopardy streak did end tonight. So did mine--Mark Dawson became the only contestant I put in my Facebook profile photo this week to lose. I guess that sarah0114 no longer has an interest in my services.

I used to be AWSOP but wanted to be more theatrical.
Top

I missed this FJ, but I am weirdly proud of my wrong answer -- more proud than I have been of any of my wrong FJ responses in a while.

I parsed the clue as: "A book that came out in the early to mid-1800s shares a title with some kind of artistic work of the current millennium -- a work that had a 'premiere'. So maybe a TV show."

My answer: What is Grey's Anatomy?

I was a little worried that that TV show actually premiered before 2011 (it turns out that it did).

Nevertheless, I was so proud of my answer. It "felt" right. After all, how many TV shows share a title with a 19th century book?

I was even a little smug while the contestants' responses were being revealed, thinking to myself, "I've outdone the Jeopardy! champs again."

(It turns out that Gray's Anatomy (the book) is from 1858, which isn't 1830, but I still think it's close enough to be an excellent wrong answer.)
Top

What a fun game, seeing three guys at the very best level of playing "Jeopardy!" battle it out. So looking forward to next week.


ihavejeoprosy wrote:That was one of the best FJ clues in recent memory. I got it wrong but give the writers props for coming up with it.

Agreed. I puzzled and thought about it and puzzled some more, and nothing came to mind. And when FJ was revealed, I thought, damn, that was a good trivia question. And even then, I was surprised it was a TS.
Award-winning author of "My Short, Happy Life in 'Jeopardy!'"
http://tinyurl.com/btax4xp
Top

eboettch wrote:Didn't put anything down for FJ. Wonder if they purposely didn't put that in Ken's game...

I wonder about that as well. If they had done it, I'll bet Facebook would have just exploded with allegations!
Top
Post Reply
141 posts