Board Games
In the classic version of Monopoly, the only 2 improvable properties without Avenue or Place in their names.

Let's organize shifts to visit Keith and make sure he doesn't try to hurt himself.
Top

I am sure James is a nice person who is kind to animals and calls his mother on a regular basis. He passed a difficult test just to get on the show and came close to leading one of only four double digit game winners in the history of the show going into FJ. So he is obviously a very bright person.

But I feel his wager on FJ was inadvisable, although I believe it may have been a math error rather than a strategical mistake.

I did get a chuckle over him being a student of visual dynamics (or however it was phrased) and he missed a clue related to that that cost him a shot at taking the lead late in the game.

I had to read over FJ a couple times to get exactly what they were answering, but it was an instaget for me.
Top

I was waiting for a neg on the very first clue: "The Monty Python Show" for "Monty Python's Flying Circus"? How is that acceptable?

I'm a big fan of Monopoly (so much so that I visit McDonald's way more regularly when their Monopoly game runs every fall, even I don't know why) so I got this one no problem (got Marven Gardens before Alex finished reading and Boardwalk before the first three notes finished playing)
"Jeopardy! is two parts luck and one part luck" - Me 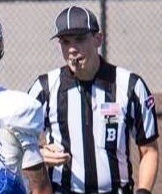 Wow. Julia really got away with one there. That's all I can say.

However, I am surprised that: Pretty good clue, nonetheless. And a fun way to come back to the "regular season", as it were.
"Well, I'm not quite ready, so I'm gonna do it now."
Top

I think they are both pretty obvious. Boardwalk is the highest valued property as well as being right next to the starting square, so it is the focal point of the game. Marvin Gardens has such an oddball name, it is easy to remember since most of the others are named for states or have geographic type names. I thought the "improvable" wording might confuse people.
Top

Surprised myself with only 2/5 in Marine Biology.

My brain completely switched off for DJ! for some reason. I wouldn't have gotten pregnancy test at $400 if you'd given me a month, and I was otherwise completely unable to spit anything out on the rest of the mostly piss-easy Miss clues. I knew Annie Oakley, William Tell, and free throw at least, but couldn't get them to my mouth in time.

Can't believe I skunked Disney. "What the hell Disney film has a Jasmine in it?!?" Clearly I need to brush up.

Could Kabuki for $400 have been more opaque? I saw no way to get "talent" out of that.

Um, a "basic" property without Avenue or Place… Boardwalk and… um, Marvin Gardens! Got it.
Ten Pound Hammer

dhkendall wrote:I was waiting for a neg on the very first clue: "The Monty Python Show" for "Monty Python's Flying Circus"? How is that acceptable?

TenPoundHammer wrote:Could Kabuki for $400 have been more opaque? I saw no way to get "talent" out of that.

I realized it after the fact. It was a play on America's Got Talent.
Top

dhkendall wrote:I was waiting for a neg on the very first clue: "The Monty Python Show" for "Monty Python's Flying Circus"? How is that acceptable?

Maybe all they were looking for is the Monty Python part, so they were forgiving about the rest? No idea. I was waiting for the reversal that never came.

Bamboo 'flute' for 2000?? Marvin Gardens a single get? Weird ending. Still, it was probably the most enjoyable of her wins so far.

Congrats to Julia on her 11th win!

That was just... weird. But I'm glad Julia came out of it alive. Hopefully she doesn't only go "up to eleven".

You like Kabuki, Noh? Best jeopardy category ever! Mie! I was literally crossing my eyes at the TV!

Too many wild guesses by James cost him the game!

I'm guessing foul shot would have been ok for free throw?

FJ: I said Broadway and Marvin Gardens. Had I been on the show that day, I would have been mortified!

tgs wrote:Let's organize shifts to visit Keith and make sure he doesn't try to hurt himself.

I know you don't mean it in a malicious way, but this is a joke I really don't like at all. I know people who have dealt with issues similar to this, so it's not something I like to bring up lightly.
Top

That final seemed way too easy for a 1/3 from the contestants. I had it as he was reading (although I'm a big Monopoly fan).

James' wager was pretty bad. It may have just been a math error, but he had the benefit of being above the 2/3 threshold and gave it away with his wager.

All in all, this board ripped me up. I swept on the most populous country category (it was weird that Julia or Leah didn't buzz in on Belgium vs. Bosnia--50/50 odds seem good enough if you have the slightest-bit-educated guess), but many of the categories like Disney voices and the one about Japanese culture absolutely killed me. I also realized that I don't know very many people named Barry. I picked up some trash, notably "Henry VII" for $2000, but all in all it wasn't a good round for me.
Last edited by skygilbert on Mon May 19, 2014 8:02 pm, edited 1 time in total.
Top

skygilbert wrote:(it was weird that Julia or Leah didn't buzz in on Belgium vs. Bosnia--50/50 odds seem good enough if you have the slightest-bit-educated guess)

After the Battle of the Decades games (and the first week of the new Learned League season, my rookie season) returning to regular Jeopardy! games is very good for my ego.

Two of my misses in the DJ round were in the top row. I had trouble "parsing" that pregnancy test clue in real time. (It might be interesting to see a male/female breakdown of which viewers got that one correct. I've never paid any attention to brand names of pregnancy tests.)

I got this FJ without too much trouble. For me, Marvin Gardens popped into my head a fraction of a second before the other one, but I agree that Boardwalk was the "obvious" one and Marvin Gardens was the "other" one.

When I saw the movie Slumdog Millionaire, it was before I started religiously taking the Jeopardy! online test every year, and keeping track of my score at home. There was a certain aspect of that movie that didn't ring true to me at the time, but I've since changed my mind and decided that it really captures the way trivia works.

I'm talking about the way that the protagonist knew the answer to certain trivia questions because of certain things that happened in his life. When I first saw the film, that seemed contrived to me, like too much of a convenient coincidence.

I've since changed my mind about that. Constantly when watching Jeopardy!, I know specific responses precisely because of a particular conversation I've had, or a particular moment I remember when I noticed something.

When I was a child, I read books of puzzles and riddles written by Martin Gardner, who wrote the "Mathematical Games" column in Scientific American for many years. Around the same time, when I first played Monopoly, the property name "Marvin Gardens" stuck in my head partly because it's intrinsically unusual and interesting, and partly because "Marvin Gardens" and "Martin Gardner" sound similar.

I'm rambling a bit, but the point is: I have a specific memory of that place name on the Monopoly board standing out to me when I was a child.

Even though "Marvin Gardens" popped into my head early, this type of clue can be frustrating if it doesn't "click", and I fully sympathize with anybody who got "Boardwalk" but just couldn't quite come up with the other one.
Top

Bring on the TOC and see how Julia does. I will be rooting for her.
Top
Post Reply
140 posts