OPENING REMARKS
Alex: All right, thank you, Johnny. Thank you, ladies and gentlemen, and welcome aboard. To begin today, I'm not gonna say anything about our returning champion, Julia. If you've been watching the program for the past three weeks, you know how good she is, and so do Simone and Steve. So let's see what happens today. Good luck, players. Here we go. Jeopardy! Round. Let's get into it with these categories, shall we? Starting off with...

Alex: Steve Martinez is, uh, following in a family tradition because his daughter was a contestant on our program.

Alex: And in which competition did she participate?

Alex: Hello. And you set it aside for her future use, didn't you?

Absolutely, but I'm hopefully gonna get a little more for her today.

Alex: And this young lady has come up with the ideal way to relieve stress.

Simone: Well, uh, I used to box. I first started out--I found out that my gym had classes. I started in the women's classes. Then I stayed for the men's. Then I got my own coach. Then I started sparring. And it is a really great stress reliever.

Alex: Well... I don't know. I tried it once, and I guess I... relieved too much stress because I was flat on my back on the canvas, and I figured, that's it. I'm done. Good.


Alex: Julia Collins is from Kenilworth, Illinois. That's not that far from Chicago, is it?

Julia: Right, it's just a few miles north of the city.

Alex: Okay. Let's talk about Chicago. What makes our Second City such a great place?

Alex: --and a great football team.

Alex: You have it all.

Julia: It's a great sports city.

Julia: It's a great place.

Alex: Okay. And you're making them proud on our program.

BIG STUFF $1000: The world's largest building by volume is this company's 472 million-cubic-foot factory in Everett, Wash.

EMPIRE $600: A superpower during the Middle Ages, it ended in 1806 when its last monarch lost to Napoleon & abdicated
(Simone: What is the Ottoman Empire?)

BIG STUFF $400: This country's King Fahd Airport covers 300 square miles, more than all of Bahrain, which has 3 airports of its own

ALL GONE $1600: The wolf named for these islands wasn't around for the 1982 war; it was hunted to extinction a century before

VENUSIAN MONOLOGUES/MARTIAN CHRONICLES
Lock for first place; two-thirds for second place.
Julia: Wager between $0 (venusian) and $12,999 (martian), and enjoy your victory.
Steve: Wager $4,001 to cover Simone.
Simone: Risk between $0 and $1,400, and you just may move up into second place.

FINAL JEOPARDY! CLUE
In 1984, in the first of the films featuring this character, he only has 21 lines, for a total of 133 words EMPIRE $1000: From its capital Constantinople, this empire remained a world force for more than 1,000 years
(Steve: What is the Ottoman Empire?)

"BOARD" WALK $800: Popular nickname for the New York Stock Exchange
(Julia: What is the Board of Trade?)

ADJECTIVES $1200: This 15-letter adjective ascribes human form or attributes to a non-human thing
(Simone: What is anthropomorphize?)

SUPER-HEAR-O $1600: The Man of Steel isn't such a fan, but other superheroes think this 3 Doors Down song has real substance

"If I go crazy, then you can call me Superman"
(Simone: Who is "Superman"?)

MISTER "E" CATEGORY $400: He's the wizard seen here using one of his inventions

THE ATLANTIC $2000: In an 1869 Atlantic shocker, Harriet Beecher Stowe exposed this "noble" romantic poet's affair with his half-sister
(Simone: Who was Tennyson?)

Movie Title Roles
In 1984, in the first of the films featuring this character, he only has 21 lines, for a total of 133 words.

Julia seems to have hit her stride, cruising to an easy win. I was hoping Simone would get FJ right, so her holding back $1,800 on that late DD while way behind would have cost her $1,000.

No chance for me on FJ, said Hannibal Lector just to have something. Probably didn't help I watched Sergeant York this morning and had him in mind going in.

This was a case of having two decent opponents helping Julia. If Simone had been a total zero, Steve might have gotten enough to break the lock and win the game on a sole solve. Now his daughter gets to maintain family bragging rights.
Top

Actually, the sun still hasn't set on the British empire.

For once, got a clue right because I *didn't* pay attention to the category! With the "another name for the NYSE" clue, I thought we were still on the "Big Stuff" category, which lead me to "big board", I think if I remembered we were on the "board" category, I would have clammed.

Billy Mosienko is well-known in Winnipeg, he is from here and lived here for a lot of his life. In the North End (a working-class area at the time known for its Polish and Ukrainian immigrant families) there is a Billy Mosienko Lanes with a mural of Mosienko holding three pucks on it. I don't follow hockey, but the name is associated with "hat trick" for me.
"Jeopardy! is two parts luck and one part luck" - Me

Funny, my first first thought when reading the clue was Indiana Jones, but then it got into how little the character spoke, then I immediately switched to The Terminator.

I thought woolly mammoth was a little too easy for a bottom clue.
Top

Wasn't confident enough on mole or paella since I'd gotten them mixed up before. Would've run the category had I taken the jump, though.

Couldn't understand the first two clues in Board. What led to "surfboard" at $200?

NHO sideboard or "big board", but got mortarboard with ease.

First three right in a sports category? Sure, I'll take it.

Also, "twine" was my only get in Big, probably thanks to Weird Al. I can never remember which planet is the biggest.

Adjectives was tough. Couldn't think of anything to pair with "Sam's" except "club". "Shiftless" is a word?! I knew $1200 was "anthropomorph—" but couldn't count fast enough to figure out whether it was -ic, -ize, -ism, or what. Maybe if I'd read the freaking category…

Dunno how I managed to blank on Helen Keller.

Insta-got FJ! before Alex was done reading the clue. I happened to watch the first two Terminator movies recently, so I was well aware of how laconic Ahnold is in it.
Ten Pound Hammer

Congrats to Julia on her 16th win!

An all-time headslapper of an FJ for me. I'll just blame it on being under the weather, although that didn't stop me from going 45/60 with just 1 neg.

Fantastic Sams? Never heard of it.

Non-sportsy boardies: How did you do in today's category? I thought it was easy even by Jeopardy's low standard for the subject.

Big congrats to Julia! Anyone's beatable, but she destroyed this board against two tough opponents. And still no signs of Jeopardy fatigue. Her contestant stories are gonna keep getting worse and worse...
4-time pool swimmer - last audition June 2019
Follow me on Twitter @JakeMHS
Top 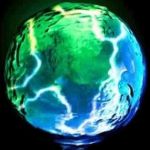 "Woolly <blank>" for $2000?? "Opposite of poetic" (prosaic), "Noble" romantic poet (Lord Byron), and Hawaiian "Great King" (Kamehameha) also at $2000? Plus all the children's-level clues on the rest of the boards... Possibly the easiest game I have ever seen. Kudos again to Julia and her prowess on that buzzer!
Top

zakharov wrote:Non-sportsy boardies: How did you do in today's category? I thought it was easy even by Jeopardy's low standard for the subject.

I just got the one (mentioned above), but I recognized several of the others (forget which, but I know Chamberlain was one) were gettable, at least I thought so after the fact.
"Jeopardy! is two parts luck and one part luck" - Me

Man, Julia keeps on rolling. The material in this game really didn't stretch anyone, but she's devastating on that buzzer.

The Terminator occurred to me right away, and I doubted myself for about 23 seconds because I didn't think he had even that many lines.
Poo-tee-weet? So it goes.
Top

Congrats to Julia on win #16! I agree that it seems like she has really hit her stride.

This was a very easy board.

I have seen the first three Terminator movies, but I still had nothing on FJ and had to guess "Roger Rabbit."
Top

I said The Karate Kid for FJ, which at least got the year correct.

That Maui category was RIDICULOUSLY easy! King Kamehameha was the $2000 clue?
I'd rather cuddle then have sex. If you're into grammar, you'll understand.
Top

Agreed, Julia has really, really hit her stride. Very impressive, and I feel sorry for those who went into the Green Room and who were told how many games she had won.

FJ was an Insta-d'oh. For some reason just blanked on it, and kept on coming back to "The Incredible Hulk," even though I knew in my heart of hearts that it wasn't made in 1984.

And a happy Memorial Day to all, and thanks to all our vets.

Congrats to Julia on an impressive performance! Lach Trash on Saudi Arabia, Persian Empire, and Cy Young. Didn't get final, got stuck on Michael Myers and Jason Voorhees. After discarding both ideas because they weren't the title characters of their movies, with only a few seconds remaining until the end of think time, I guessed... Rambo.

As a big fan of the first two films, I'm ashamed that I missed this FJ

I went with Freddy Krueger, and I was pretty happy with my guess. I knew it was around that time (turns out, it was the same year), and I figured a horror film serial killer might not have many lines.
Top

Dang, I missed that game because my affiliate had the stupid French open Tennis tournament
Top
Post Reply
100 posts