OPENING REMARKS
Thank you, Johnny. Hello, ladies and gentlemen. Obviously, the stars were not properly aligned for our contestants yesterday. Our returning champion didn't even make it into the final, and Casey, who's the new champion, won only 5,000 dollars. A lot of difficult material for the three players yesterday. Today, though, will be different as we welcome Caitlin and Jason. Let's go to work in the first round. And I hope these categories are to your liking...

Alex: Do twins ever get together and play tricks on their friends and family? Let's ask Caitlin Malcuit. She has a twin. What'd you guys do to a teacher?

Caitlin: So, um, it was an orchestration of my teacher in the third grade. We switched places. Um, so, my teacher sent me downstairs--it was a picture day, so we were dressed identically, and I called her out saying I needed to tell her something, and then we just pulled the switch. She went up to my classroom. I sat in on hers. Took a spelling test for her and everything.

Alex: But it was fun.

Caitlin: It was, yeah.


Alex: Jason Newell is a quality analyst from Chicago.

Alex: And must be a writer as well, because didn't you win an award?

Jason: It was a Gwendolyn Brooks Young Authors award, and so it was for elementary school students. And our teacher--my fifth grade language arts teacher had us all write a book, and I wrote a book called Adventures, Incorporated, and was selected to go to Springfield to actually, uh, present my book, and I received an award for it.

Alex: Well, good for you.

Alex: You should continue in--as an author.

Jason: Thanks. All right.


Alex: Casey LaPlante is our champion. Now, you and I have something in common. We both rode in the Cherry Blossom Parade in Washington, D.C. I was an invited guest, you also were an invited guest, but because you were...

Alex: Good for you. From Rhode Island?

Alex: Still have your tiara?

Casey: It was quite an honor. I have my sash.

TRIPLE STUMPERS IN THE JEOPARDY! ROUND
BRIDGES $400: One pylon of this country's Millau Viaduct, the world's tallest road bridge, is higher than the Chrysler Building
(Casey: What is Italy?)
...
(Alex: Millau, [*].)

THE JAMES $600: This Scottish engineer's improvements in the steam engine led to its widespread use in industry
(Caitlin: Who is Fulton?)

"PUMP" UP $800: Type of shotgun that has a mechanism for ejecting a shell
(Casey: What is an air pump?)

BRIDGES $1000: In the 19th century this man designed both the Niagara & Brooklyn Bridges in New York
(Alex: We have less than a minute to deal with that last category.)

AN AUTOBIOGRAPHICAL CATEGORY $2000: Marcus Luttrell wrote this memoir about being the only Navy SEAL to come home from Operation Redwing
(Casey: What is Sole Survivor?)
(Alex: Oh, darn, you're so close. It's not Sole Survivor, it's [*].)

MANAGEMENT $1600: Don't fire that old duffer yet--he knows stuff about the company that's not written down, this 13-letter type of "memory"
(Caitlin: Gosh...)
(Alex: Caitlin?)
(Caitlin: What is Rolodex?)

TRIPLE STUMPERS IN THE DOUBLE JEOPARDY! ROUND
WORDS THAT START WITH CONJUNCTIONS $400: Dairy product term for someone who drops things a lot
(Alex: The conjunction is "but", and the word is [*].)

WORDS THAT START WITH CONJUNCTIONS $800: To wander in search of food or provisions

WORDS THAT START WITH CONJUNCTIONS $1200: This word for any painful experience also refers to a medieval trial whose outcome showed God's will

THE BIG RED WON $800: In the struggle for the nascent USSR, the Bolshevik Reds bested the anticommunists known as this color

ON PORPOISE $1200: Among the differences between porpoises & dolphins, these are spade-shaped in porpoises, conical in dolphins
(Casey: What are fins?)
(Caitlin: What are their snouts?)

ON PORPOISE $2000: The endangered vaquita porpoise lives in the northern reaches of this gulf off Mexico's Baja peninsula

PREFINAL REMARKS
Alex: Before we get into the Final, we have a change in scoring to announce. A few moments ago, we had a clue in which we said that Finland was to the northeast of the Soviet Union. It's to the northeast of only the European portion of the Soviet Union at that time, and that may have confused Caitlin, so we are giving her back the $1,600 we took away from her for an incorrect response. Her score is now correct, and we're going to THE SUPREME COURT for our Final. Here is the clue, players...

VENUSIAN MONOLOGUES/MARTIAN CHRONICLES
Two-thirds for first place. Stratton's Dilemma.
Jason: Wager $5,201 to cover Casey.
Casey: You ought to wager to cover Caitlin, but since you cannot win on a Triple Stumper if you do so, you should choose between wagering $0 and maximizing your winnings by betting all $8,000. You are in Stratton's Dilemma, calling for a wager of more than $4,200 (to shut out Caitlin) or less than $2,400 (risking the possibility of being passed from behind by Caitlin). Go with the smaller bet if you believe a Triple Stumper is more likely than a singleton miss by Jason.
Caitlin: Consider risking $500, thereby beating Jason on the Triple Stumper (should Jason wager to cover Casey's doubled score).

FINAL JEOPARDY! CLUE
After Washington & FDR, he is, perhaps fittingly, the president who appointed the most Supreme Court justices MISCELLANEOUS INTERESTING CLUES
TRADEMARKS $800: (Sarah of the Clue Crew shows an animation on the monitor.) Individual fibers are twisted to increase density in this "five times stronger than steel" DuPont material; bullets deform or mushroom on impact, dispersing & reducing energy
(Casey: What is Teflon?)

THE JAMES $200: The third James to be president, he led the U.S. during the Mexican War
(Casey: Who is Monroe?)

BRIDGES $800: This country's Firth of Forth Bridge was the world's longest span in the late 1800s

THE BIG RED WON $1600: In February 1940 a Soviet barrage finally broke the Mannerheim Line of this plucky northeastern neighbor
(Caitlin: What is Norway?)
[Initially ruled incorrect; Caitlin was returned her money before Final Jeopardy! because Finland is principally to the northwest, not the northeast, of the Soviet Union, "and that may have confused Caitlin".]

WORDS THAT START WITH CONJUNCTIONS $1600: It's the range with the highest peaks in the Western Hemisphere
[The end-of-round signal sounds.]

The Supreme Court
After Washington & FDR, he is, perhaps fittingly, the President who appointed the most Supreme Court justices.

Why a frowny face today?
Top

Quite the unfortunate ending.
Top

The game was better than yesterday, but that's about all I'll say for it.

The hint made FJ an instaget. I have no idea what that guy was thinking in switching from Taft to FDR.
Top

What the L was that about Finland being a northwesterly neighbor of the Soviet Union? Is that the most serious error that has ever been aired on Jeopardy!
I'd rather cuddle then have sex. If you're into grammar, you'll understand.
Top

The Rap category was fun. I went 4/5 there. NHO Nipsey Hussle or Twista, so Boogaloo B sounded just as likely to be right or wrong.

0/5 in James. "Oh, not Monroe or Madison, shoot, who else was a president with James in their name? Can't think of one..."

Not an iota of recognition in Autobiographies or Big Red.

Management was almost entirely "Business business business. Numbers. Is this working?" to me. I actually knew "all hands" and "chief financial officer", but clammed on both. Wasn't sure if it was "financial" or "financing". (Would either have worked?)

Had FJ! marked down as a "no" before the clue came up. Why would it be "fitting" that a president did this? Hell if I know.

I have a feeling that the middle guy panicked and second-guessed himself. That's one of the most bizarre things I've seen someone do in FJ! ever.
Ten Pound Hammer

"Wow," is all I can say about FJ! When Caitlin revealed "Who is Taft?" you could see the man in the middle's hands pounding the podium (I thought in joy because he had sealed the victory). Ouch.

I thought it was tough ruling against "Sky" vs "Skyler" in the tv characters category.
Top

Well, one more thing: what were those wagers!?

Instaget FJ. Wasn't getting it off the number of appointees, but "fittingly" had to mean Taft.
Top

This was an okay game, but with quite a few triple stumpers. I got 27 clues correct including James Watt, Harry James, Gulf of California, Chiclets (DD), but not FJ.


Bamaman wrote: I have no idea what that guy was thinking in switching from Taft to FDR

Alex called it a "serious mistake," but that's an understatement.
Top

Another lousy game this week. Not sure why the Finland question was questioned---Alex's explanation made no sense. The USSR was never engaged in Norway, AFAIK. Was not impressed with any of the contestants.
Top

floridagator wrote:What the L was that about Finland being a northwesterly neighbor of the Soviet Union? Is that the most serious error that has ever been aired on Jeopardy!

I thought the clue said that Finland was northeast of the Soviet Union, and the correction was that that was only the case from the "European" territory of the USSR, hence the confusion. I'm still confused though, since the Soviet Union didn't annex the Baltic states (presumably the European territory in question) until after the Winter War with Finland ended.


scrutinizer wrote:Not sure why the Finland question was questioned---Alex's explanation made no sense. The USSR was never engaged in Norway, AFAIK. Was not impressed with any of the contestants.

I think the point was the phrasing was allegedly confusing, so maybe, if it hadn't been, Caitlin wouldn't have guessed incorrectly or even rung in at all. But I agree with you, I think it should have still been counted incorrect since the USSR never fought in Norway and Norway was never northeast of the USSR.

Of course, if I'm remembering the clue and the correction incorrectly, just ignore me.

Better game than yesterday, but that's not saying much.

What an FJ blunder... ouch!

The returning champ seemed to have Reagan on her mind... after making him CIA Director yesterday.

The clue said "fittingly" which instantly led me to Taft.
Award-winning author of "My Short, Happy Life in 'Jeopardy!'"
http://tinyurl.com/btax4xp
Top

FJ was an instant get for me, though I couldn't help but think that I was missing something and it couldn't be a one term president. Still, "fittingly" didn't point to anyone other than Taft. That is a really cool fact about him.
Top 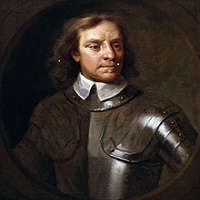 Taft served as Chief Justice from 1920 to 1930 after his presidency. He always said that Chief Justice was the job that he really wanted. Though a lawyer and a history buff, I failed to properly tease out "fittingly". I went with Lincoln, he was a lawyer so it's not totally out there.

I got FJ pretty quickly because of the "fittingly" portion. Otherwise, I wouldn't have suspected Taft of having that many appointees because of his one term.
Top

Taft served as Chief Justice from 1920 to 1930 after his presidency. He always said that Chief Justice was the job that he really wanted. Though a lawyer and a history buff, I failed to properly tease out "fittingly".

And see, I knew that. But it didn't surface in the 30 seconds, because I had no idea what could possibly make any president more fitting than any other.
Ten Pound Hammer

The clue said something about the Soviet Union's northeastern neighbor; Finland is clearly the USSR's northwestern neighbor. Even Alex's explanation of the mistake didn't make sense.