LL68: For the LLamas

LL68: For the LLamas

Looks like rundles are up. As expected/feared, I'm in B Magnolia with cmp146, DadOfTwins, Mike Dupee and others.

I have to assume I'll get slaughtered in B, but you may point and laugh while I struggle to survive there.

NOTE FROM ALIETR: NO MENTION MAY BE MADE OF THE CURRENT DAY'S QUESTIONS ON THIS OR ANY OTHER THREAD ON JBOARD UNTIL THE SUBMISSION DEADLINE HAS PASSED. THANK YOU.
Top

I got demoted to Continental D2.
Top

C Pacific Division 1 for me.
Top

C corridor, but this is only season 2 for me.

I expect to mostly be in d, with an occasional bump into c
Total game show career losings = $171,522
Top

Up to B Midland. Anyone else in Midland, or am I still off by my lonesome?
Top

A Mag. Here after my well-earned 16th place in B last season. Uh oh.
Top

Me too. If you're who I think you are, we'll be playing on MD1!
Top

A Magnolia for me. Hate that name.
Top

B Pacific - see some familiar names in there.
I eat chicken. That's what I do.
Top

R Continental D1 for me. I'm excited for my first LL experience and ready to get slaughtered most days!
Top 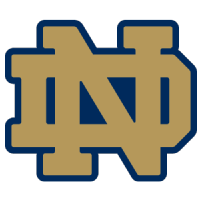 Rundle R Badlands - Really looking forward to this. My goal is to get placed into a D rundle for LL69.

Any boardies in the Badlands slice of the pie?!
Consciously Incompetent
Top

I'm in Horizon B again. I see BigDaddyMatty but don't know of any other Boardies at this moment.
Top

I'm in Chorizo N with caknuck (who needs to finish his TD!) Don't recognize any other boardies, although I saw that the top 13 in my division last season got promoted. Top 13, not 5. I came in 16th last season. Grrr aargh.
Hoping for a third lap
Top

Oh joy! I get to have a most humbling experience in A Continental.... in the midst of Lampy, Woof, This Is Kirk!, ElendilPickle, ihavejeoprosy and ?????
"The COMPLETE GUIDE To Republican Ethics: tRump Edition" is right ===> here
Top

Another season in D Pacific Div 1 for me, after hanging on by the skin of my teeth last season. Once again, I'm with Rafferty Barnes.
Top

I have to assume I'll get slaughtered in B, but you may point and laugh while I struggle to survive there. 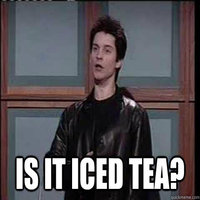 Anyone else in that rundle with me? I see a certain BeckerC...
Top

RandyG wrote:Oh joy! I get to have a most humbling experience in A Continental.... in the midst of Lampy, Woof, This Is Kirk!, ElendilPickle, ihavejeoprosy and ?????