This is not merely a TD, but the seventh in a RING of EIGHT TDs. The theme of this ring of TDs is Classic Area Codes. Until 1995, all area codes had 0 or 1 as their middle digit. Those are the classic North American area codes. There will be a TD for each starting digit, 2 through 9. You don't need to know anything about area codes to play or succeed. Read the questions. Many are EASY!

To up my game, there will be an ACTUAL AWARD for the winner of the ring of eight TDs. To be eligible to win an Amazon gift card, you must participate in all eight TDs. Winner will be the one with the lowest total score.

Standard TD rules apply. For each question below, there are a number of choices. Choose one as your answer. Think Different is scored by the number of people who submit the same answer. It's best to be the only person who chooses a particular answer. The most common answer is called the sheep. You don't want to be a sheep. Incorrect answers get the sheep score plus five points. Low score wins. Bonus questions will allow you to reduce your score by up to seven.

You may drop one question and sheep one question. (To sheep means to accept the highest score on a question without fear of giving an incorrect answer.) No research! Your answers must come from your head; not your reference library, search engine or your neighbor who writes for a quiz show. This TD closes Monday, June 4 at 9:00 AM 3 PM EDT. Finally, I would like to put a halt to people asking questions about the questions in the forum. Providing more clarification isn't fair to people who submit early. Please advise me privately if I have made some error in constructing the TD, but do not expect me to provide more information about the clues. If you're not sure something is a correct answer, don't use it. There must be some you're absolutely sure about.

Utah is overwhelmingly dominated by the Church of Jesus Christ of Latter-Day Saints (LDS). Name a place (anywhere) that has an LDS temple.

Name the river that drains Lake Champlain to the St. Lawrence

You know how to do Before and After. Combine two clues into an overlapping answer. Example: Current supreme court justice who wrote the Declaration of Independence: Clarence Thomas Jefferson.


805 - CALIFORNIA
Listen to this clip and name the artist and title of one of these songs about California. In a couple of instances, latitude will be extended. (LETTER AND ARTIST AND TITLE REQUIRED)

WARNING: A LETTER IS REQUIRED WITH EVERY AURAL QUESTION. EVERY GAME, THERE ARE PEOPLE WHO ARE RULED INCORRECT BECAUSE THEY FORGOT THE LETTER OR GOT IT WRONG.

For -1 each, name the four Texans who have served as anchor of the CBS Evening News.

The 807 is mostly uninhabited land that contains innumerable lakes; it also fronts onto Hudson Bay and Lake Superior. Answer one of these questions about Canadian lakes.

What British princess is the northernmost part of Ontario named for? (HINT: She is not living and did not die in a car accident.)

Name an island of Hawaii or an actor who played Steve McGarrett.

809 used to be the area code for all of the North American part of the Caribbean. (Some of the countries are included with Latin America.) Now 809 only serves the Dominican Republic. Name an island country in the Caribbean. No mainland country is acceptable.

Name a city in Florida with "Beach" in its name.

Williamsport in the 814 is the birthplace of Little League and home of the Little League World Series. Name a baseball defensive position. (There are nine possible answers.)

Answer one of these questions about the cities of the Prairie State. 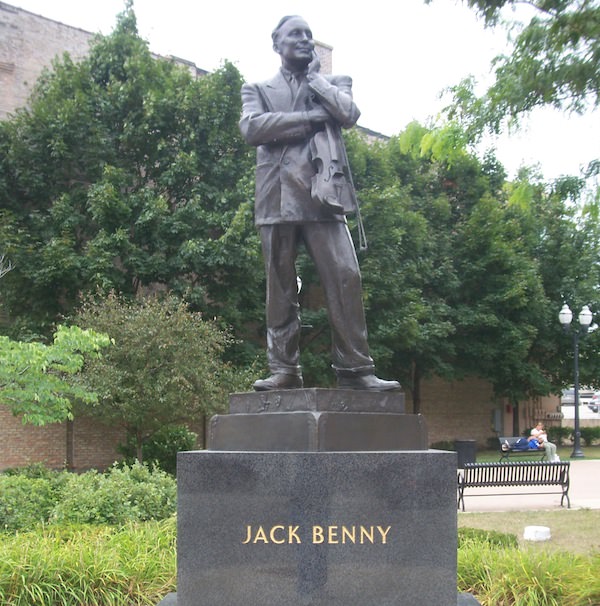 Kansas City is the home of Hallmark. Name a holiday for which Hallmark makes a card. Your answer must be on the calendar, not something generic like graduation or confirmation.

Name one of these dishes of Tex-Mex cuisine. (LETTER REQUIRED) 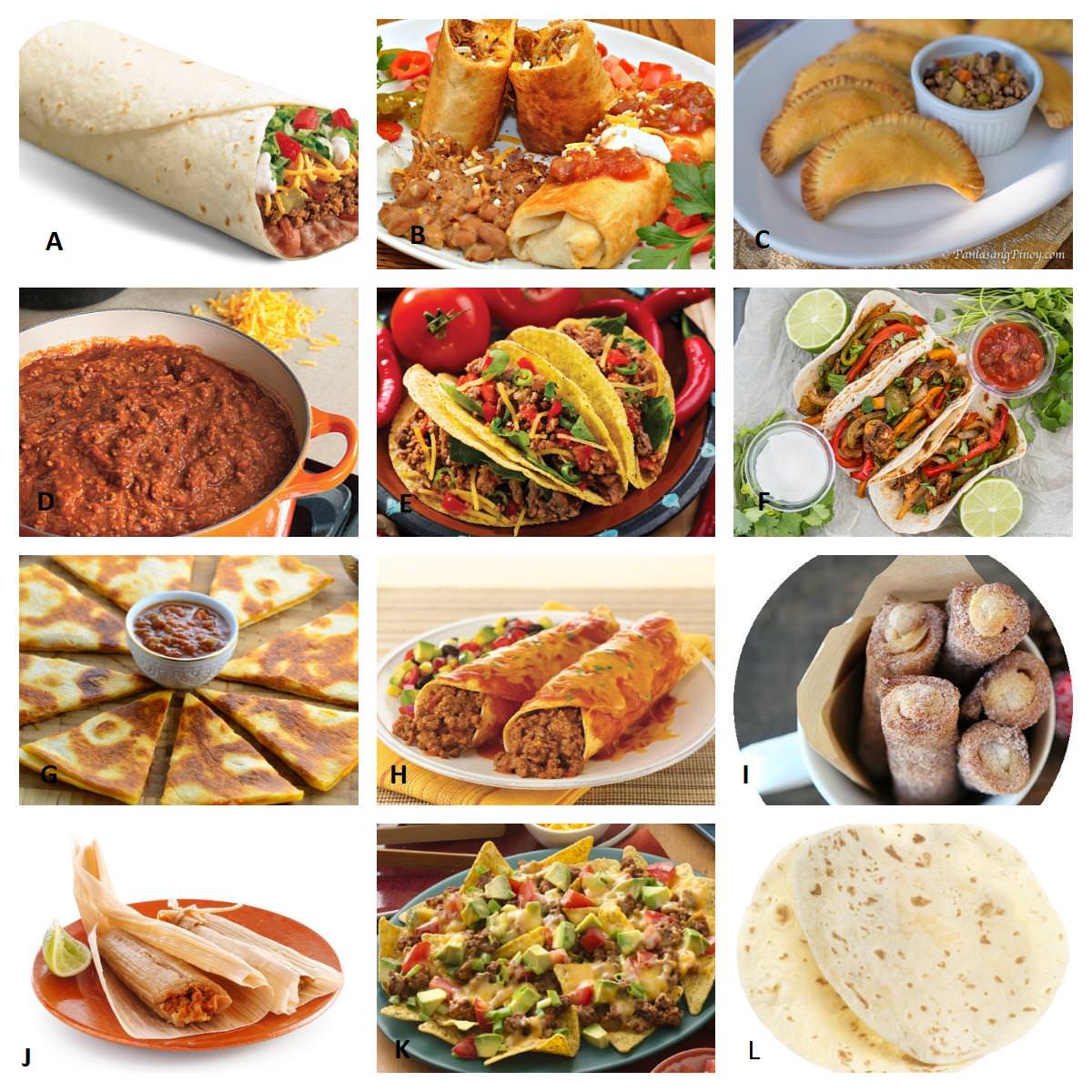 Name one of the communities of the San Fernando Valley of Los Angeles. Correct answers will be one of the recognized valley communities within Los Angeles or one of a small number of separate cities of the valley. Before grousing, bear in mind the valley has more than 1.5 million people, meaning it could be the 5th largest city in the USA, bigger than Philly. (Without it, L.A. would drop from 2nd to 4th.)

Answer one of these questions about important Canadian companies.

On the Mexican food clue, the letter L has crept up into the image for I. I assume there's no trick involved here?
Never been on J!, but once won a knockoff version that aired on local access TV.
Top

It is done!
I'd rather cuddle then have sex. If you're into grammar, you'll understand.
Top

Don't let the arrival of a new month keep you from remembering that the deadline for this is Monday.
I'd rather cuddle then have sex. If you're into grammar, you'll understand.
Top

Get your entry in tonight! This contest closes on Monday.
I'd rather cuddle then have sex. If you're into grammar, you'll understand.
Top

Due to a large number of regular players who have not yet posted, I will extend the deadline until 3 PM EDT.
I'd rather cuddle then have sex. If you're into grammar, you'll understand.
Top

My strategy of attrition is paying off.

Also, this will be interesting, as I completed this on my phone again since I thought I only had until this morning. I can't wait to see my autocorrect this time.

(Edit: Now that I'm logged in on my computer I see the additional notification. This will still be interesting.)
Top

Utah is overwhelmingly dominated by the Church of Jesus Christ of Latter-Day Saints (LDS). Name a place (anywhere) that has an LDS cathedral.

NO SHEEP OR INCORRECT

Name the river that drains Lake Champlain to the St. Lawrence

Singleton for amyers. Would you please go through the others and see who else should be credited?
I'd rather cuddle then have sex. If you're into grammar, you'll understand.
Top

https://www.snopes.com/fact-check/hubby-hubby/
Never been on J!, but once won a knockoff version that aired on local access TV.
Top

I can’t find anything on Neapolitan Dynamite.

I think I've seen it before.
Top

I can’t find anything on Neapolitan Dynamite.

I think I've seen it before.

I had to specify ice cream in a Google search; there’s also a craft beer released with that name, which affected the search results.
Top

Well, I didn't get a singleton on this question, but there's a singleton in my freezer--Truffle Kerfuffle!
Top

Scores are now correct.
I'd rather cuddle then have sex. If you're into grammar, you'll understand.
Top

And a 'thank-you' to The Expanse (the best show currently on TV. Watch it ... you're welcome

TIL the difference between a temple and a meetinghouse.
Top

I was gonna go with NYC for the Mormon Temple but wasn't sure the big building near Lincoln Center counted as a temple, so I settled on Provo - would have scored 2 either way!

Ben & Jerry's Chocolate Fudge Brownie was my go-to for a while, but now I'm all about Van Leeuwen - the Sicilian Pistachio is amazing and their vegan Chocolate Chip Cookie Dough is surprisingly delicious. Not a fan of Halo Top though - their pistachio is the blandest ice cream I've ever tasted - meh.

Incidentally, Ben & Jerry's is giving away a year's supply of ice cream if you make a donation to moveon.org. Of course, there's always an option to enter these sort of contests without making a donation
Last edited by morbeedo on Mon Jun 04, 2018 11:14 pm, edited 1 time in total.
Top

I was tempted to go with Independence, Missouri but I think the structure there is affiliated with an offshoot of the LDS.
Never been on J!, but once won a knockoff version that aired on local access TV.
Top

That used to be it's name -- I think they changed it when they stopped using actual Heath Bars.
Teems with quiet fun.
Top
Post Reply
70 posts