Tyra Banks will be the new host of Dancing with the Stars for its upcoming 29th season.
Top

Joanna Cole, author of the Magic School Bus children’s book series, died Sunday at the age of 75. The cause of death was announced as idiopathic pulmonary fibrosis.

Cole created The Magic School Bus in 1986 with illustrator Bruce Degen. The series follows a class of schoolchildren taking science-related field trips that explore everything from the solar system to the underwater world. The class is taught by the frantic Ms. Frizzle. The series has sold more than 93 million copies worldwide. Cole and Degen also wrote three books in which Ms. Frizzle teaches social studies.

A Magic School Bus TV series was broadcast on PBS from 1994 to 2012. An updated version launched on Netflix in 2017 with Lily Tomlin voicing Ms. Frizzle and Kate McKinnon as her younger sister. Recently, Universal Pictures announced that Elizabeth Banks will star as Ms. Frizzle in a live-action film.
Top

Maybe this goes here. MLB will be celebrating Jackie Robinson Day on August 28 this year (instead of the customary April 15).
Top

And if anyone is wondering why they chose Aug 28, that was the date (in 1945) of his three-hour meeting with Branch Rickey about whether or not he could handle the backlash that would inevitably come with breaking the color barrier.

Another death in music: drummer Jamie Oldaker, 68. Formerly of Eric Clapton's band and country band The Tractors, best known for their 1994 hit "Baby Likes to Rock It".

The Tractors' self-titled debut is one of my all time favorite albums.
Ten Pound Hammer

The name of the Seattle NHL franchise set to begin play in the 2021-22 season was released today.

They will be known as the Seattle Kraken.

Not many people can say they've lost four times on Jeopardy!.
Top

In related news, I have a new favorite hockey team.
The best thing that Neil Armstrong ever did, was to let us all imagine we were him.
Top

In related news, I have a new favorite hockey team.

You should scroll up 1 post from the one you quoted.

In related news, I have a new favorite hockey team.

You should scroll up 1 post from the one you quoted.

Welp, can't delete it now... not sure how I mucked up using the unread posts link either
The best thing that Neil Armstrong ever did, was to let us all imagine we were him.
Top

Character actor John Saxon has died of pneumonia at the age of 83. With an upcoming appearance in the 2021 movie After the Thunderstorm, Saxon's career will have spanned eight different decades.

He made something of a specialty of playing various ethnicities on screen. He played a Middle Eastern tycoon on TV's Dynasty, a Puerto Rican gang member in the 1959 movie Cry Tough, and a Mexican bandit in 1966's The Appaloosa, for which he won a Golden Globe.

Saxon's film credits included the cult movie Black Christmas and three films in the Nightmare on Elm Street series. He was at his best as an American gambler and fighter in the classic Bruce Lee martial arts flick Enter the Dragon (1973).

Throughout the 1960s, '70s, and early '80s, Saxon seemed to be on television every other week. He made guest appearances on such TV series as Bonanza, Ironside, Gunsmoke, The Rockford Files, The Six Million Dollar Man, Night Gallery, Kung Fu, The Streets of San Francisco, The Mary Tyler Moore Show, Quincy M.E., Vega$, Fantasy Island, Magnum P.I., The A-Team, Falcon Crest, and the original Hawaii Five-O. He also played a vampire on Starsky and Hutch and Marco Polo in The Time Tunnel.

He was a celebrity player (along with Betty White) on the final week of the cult-classic game show Whew! in 1979. 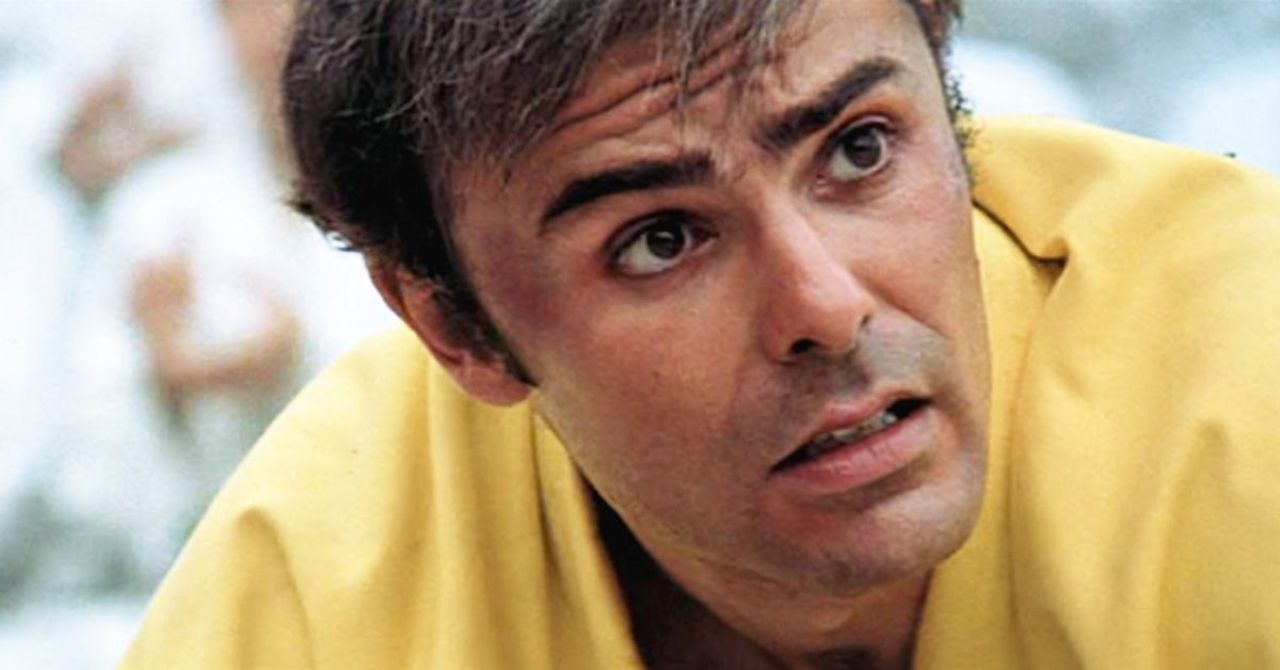 Screen legend Olivia de Havilland has passed away at the age of 104. De Havilland was one of the last remaining actresses of Hollywood’s Golden Age. She won two Academy Awards for Best Actress, one for The Heiress (1949) and the other for To Each His Own (1946). She was also Oscar-nominated three other times.

Among de Havilland's classic roles were Maid Marian in The Adventures of Robin Hood (1938), Hermia in A Midsummer Night's Dream (1935), and Melanie Wilkes (nee Hamilton) in Gone with the Wind (1939).

Variety wrote of her, "She was known for her sincerity, fragile beauty and beautiful diction, and for bringing dimension to sympathetic characters. When she made a rare foray into villainous roles, she was expert. But the public preferred her as a heroine, which suited her well, since she said it was harder to play 'a good girl' rather than a bad one."

De Havilland co-starred with Errol Flynn in eight films, the most popular of which was The Adventures of Robin Hood. Their other films together include Captain Blood (1935), The Charge of the Light Brigade (1936), Four's a Crowd (1938), The Private Lives of Elizabeth and Essex (1939), Dodge City (1939), Santa Fe Trail (1940), and They Died With Their Boots On (1941). Flynn would later declare his love for de Havilland in his autobiography, but she claimed to have never let the attraction go anywhere due to Flynn's marriage.

She was known for her sibling rivalry with younger sister Joan Fontaine, who competed with de Havilland for the Best Actress for their 1941 performances in Suspicion and Hold Back the Dawn, respectively. Fontaine won the Oscar, straining their relationship further.

De Havilland was also known for her clashes with Warner Bros., to whom she was under contract for much of her career. When her contract ran out, Warner Bros tried to keep her on, claiming she owed them another six months due to various suspensions. De Havilland sued and won in what would become known as “the de Havilland decision,” which freed many actors from lengthy restrictive contracts and allowed them to negotiate with the studios for much more favorable terms. Along with the Paramount decision, de Havilland's victory would prove to be another nail in the coffin for the studio system in Hollywood.

She was beloved in France, where she was the first female president of a Cannes Film Festival jury in 1965. She has made her home in Paris since 1955 and was awarded the nation's prestigious Legion of Honour in 2010.

De Havilland is one of only three Oscar-winning actor to survive past 100. The other two were Luise Rainer and George Burns. 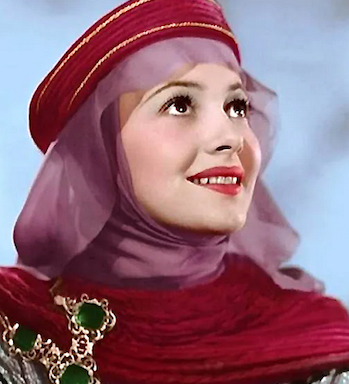 Alan Menken becomes the 16th EGOT winner after picking up a trophy at the Daytime Emmy Awards for children's, lifestyle, and animated programs. Menken is best known for his work as composer and songwriter on such Disney films as The Little Mermaid, Aladdin, and Beauty and the Beast.
Top

72nd Primetime Emmy nominees have been announced.
That looks larger than usual...there was a lot of scrolling...
The best thing that Neil Armstrong ever did, was to let us all imagine we were him.
Top

British film director Alan Parker has died at the age of 76. Parker was a two-time Oscar nominee for directing 1978's Midnight Express and the 1988 racial drama Mississippi Burning. He was also known for directing such musical films as Fame, Evita, The Commitments, Bugsy Malone, and Pink Floyd: The Wall. Other notable films included Shoot the Moon, Angel Heart, Angela's Ashes, and Birdy, which won the Grand Jury Prize at the 1985 Cannes Film Festival.
Top

US astronauts Robert Behnken and Douglas Hurley, who flew to the International Space Station in SpaceX’s new Crew Dragon craft, Endeavour, splashed down August 2 in the capsule in the Gulf of Mexico. It was the first splashdown by US astronauts in 45 years.

In 1975, Americans splashed down at the completion of the Apollo–Soyuz Test Project, in which American and Soviet spacecraft had docked together in space. In 1976, the crew of Soyuz 23 made the Soviet space program's one and only splashdown in an emergency landing in partially frozen Lake Tengiz.
Top
Post Reply
261 posts