The Miami Marlins have hired Kim Ng to be their General Manager. She is believed to be the first woman GM for any team in the "Big 4" of North American sports (MLB, NFL, NBA, NHL).

Football great Paul Hornung, who was known as "The Golden Boy," has died at the age of 84 following a long battle with dementia. Coaching legend Vince Lombardi called Hornung "the greatest player I ever coached" and the "best all-around back ever."

After winning the 1956 Heisman Trophy as a quarterback at Notre Dame, Hornung was the #1 overall pick in the 1957 NFL Draft and played nine seasons with the Green Bay Packers, winning four NFL championships including the first Super Bowl (though he didn't play in the game due to a neck injury).

In the 1956 season, when Notre Dame finished 2-8, Hornung led the Fighting Irish in passing, rushing, scoring, kickoff and punt returns, and punting. He also played defense and led his team in passes broken up and was second in interceptions and tackles made. He is still the only player to win the Heisman Trophy playing for a losing team.

At Green Bay, Hornung played halfback and kicker. During his MVP season in 1960, he rushed for 928 yards, led the league with 15 rushing touchdowns, and kicked 15 field goals and 41 extra points, setting a record for single-season points scored that stood for nearly five decades. He also threw for two TDs that season.

Hornung was suspended for the entirety of the 1963 season after he was caught betting on NFL games.

Hornung was selected as the #1 overall pick in the 1967 expansion draft by the New Orleans Saints but never played for them.

The Paul Hornung Award, given annually to college football's most versatile, high-performing athlete, was created in 2010. 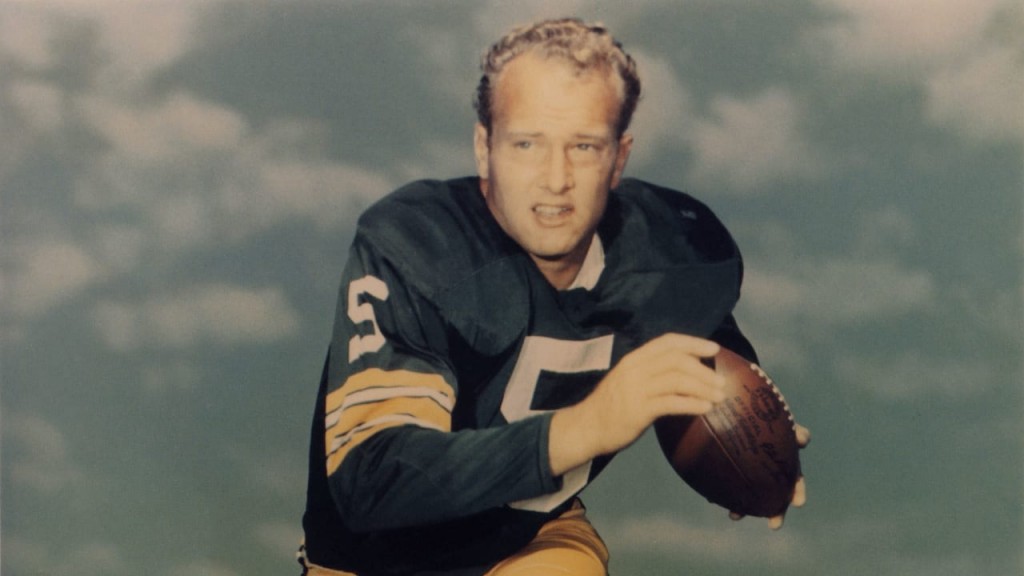 WARFARE
38 years after their installation, the Falkland Islands were declared free of these
https://www.bbc.co.uk/news/uk-wales-54894171
The best thing that Neil Armstrong ever did, was to let us all imagine we were him.
Latest movies (1-10): What Dreams May Come (8), Parasite (10), Gods and Generals (6), Sausage Party (8)
Top

The Arecibo radio telescope, star of GoldenEye, will be decommissioned and demolished after the failure of two support cables caused irreparable damage.

Due to the continued pandemic-caused closure of the border between the U.S. and Canada, the Toronto Raptors are expected to begin the NBA season using Amalie Arena in Tampa as their home arena. (That arena's primary tenant is the Tampa Bay Lightning, but the NHL has yet to announce a schedule for the 2020-21 season, so there are no conflicts.) The Raptors have "We the North" as a slogan, and I've already seen wags on social media using the hashtag "#WeTheSouth."

It's essentially the identical situation as the Toronto Blue Jays using the minor-league stadium Sahlen Field in Buffalo as their home field for the 2020 MLB season. Both of these could be part of a future "professional teams that played at an alternate location" category.
Top

David Dinkins, the first and only Black mayor of New York City, has died from undisclosed causes. He was 93. The great-grandson of a slave, Dinkins succeeded Ed Koch as NYC mayor in 1990.
Top

Argentine soccer great Diego Maradona, among the greatest to ever play the game, has died from a heart attack following recent brain surgery. He was 60. During his 21-year career, Maradona was given the nickname “El Pibe de Oro” (“The Golden Boy”). Maradona was honored along with Pele as the FIFA Players of the 20th Century.

According to Variety, "his most famous — or infamous — moment came in an Argentina shirt, when he punched in a goal against England in 1986, eliminating them from the World Cup. The moment is a talking point to this day, and referred to as 'The Hand of God.'"

The goal's nickname comes from a cheeky post-game quote by Maradona, who described it as "a little with the head of Maradona and a little with the hand of God".
Not many people can say they've lost four times on Jeopardy!.
Top

In September, the National Cartoonists Society awarded the Reuben for Cartoonist of the Year (2019) to Lynda Barry. She has one hit in the Archive, correctly questioned by some dude named Ken.

Don't spell it "Berry", I guess, or "Linda" for that matter. We aren't talking about the creator of the Trudy Roundtree mysteries here.

(It's old news, but COVID funked up everyone's schedules this year.)

Sarah Fuller becomes the first female to play in a Power 5 (ACC, Big 12, Big Ten, SEC or Pac-12) college football game, when she kicked off to start the 2nd half.
Top

Fuller played for Vanderbilt. She also serves as a goalkeeper for Vandy's women's soccer team.

Actor David Prowse has died at age 85. Prowse was a professional bodybuilder and weightlifter before appearing in a small role in 1971's A Clockwork Orange, and generations of British children will remember him as the Green Cross Code Man in a series of road safety advertisements that started in 1971, but he is best known for being the "man behind the mask" who played Darth Vader in the first three Star Wars films. (I have heard that Prowse didn't find out that his voice would be dubbed over by James Earl Jones until he went to see the first film in the theater, but I can't find any confirmation of that.)
Not many people can say they've lost four times on Jeopardy!.
Top
Post Reply
375 posts