Three triple stumpers in SJ. Then ELEVEN in DJ. All but the top row clue in FILM COMPOSERS went begging. More than a third of the DJ clues--including two that elicited two wrong guesses before the final shrug. Yet still every single clue got uncovered. Wow. Is that a record?

For the two with double wrong guesses--Vukovar Island and the Dylan Thomas poem--I'm curious if those wrong guesses helped you to the right response or if you would've known it anyway. 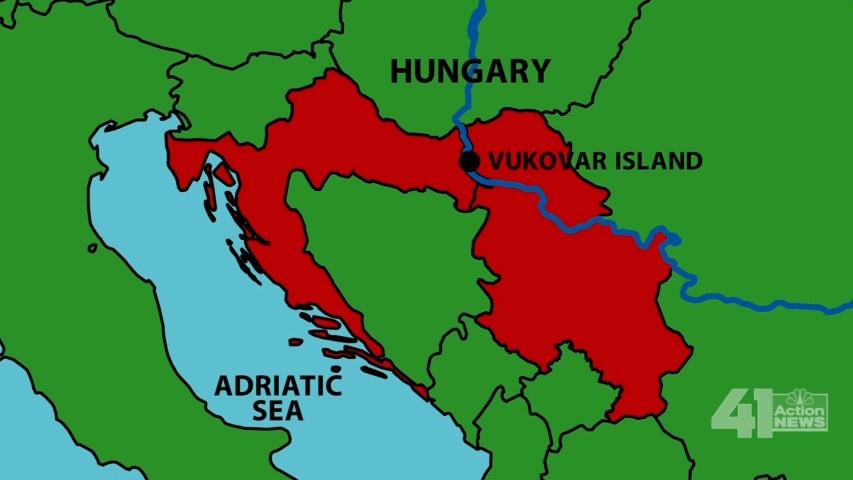 
Lisa had $13,800 going into FJ and missed. If you picked up more than $6900 in lach trash here and got FJ right, congratulations! You're the new hypothetical champ!

5800 in trash plus DD2. I lost $800 blurting Care Bears and realized instantly what I should have said.

Had Dylan title with no help needed from the misses.
Top

I would have agonized over whether to append "Friendship is Magic" to "My Little Pony". (My daughters love that show.)
Never been on J!, but once won a knockoff version that aired on local access TV.
Top

for a clam. Only use

for a wrong guess.)

If forced to guess, I think I'd have got My Little Pony. I probably would've got "endorse" as well but Mrs P yelled it out so darn fast.

I didn't need any help on the title of the Dylan Thomas poem and was speaking right along with Alex in ruling the two guesses as incorrect. I was helped by the extra time provided by the two wrong guesses on Vukovar Island. I initially said Serbia and Bosnia and Herzegovina. But as the wrong guesses I came in, I remembered that Croatia is the one that's shaped like a C, so I switched to Croatia and Serbia.
Top

Only got Serbia and Croatia. Didn't get the hang of the category in time to get endorse. And couldn't retrieve Ile de Cite in spite of about 6 visits there. It's probably payback from the time I took a candle as a souvenir from Notre Dame (they are there for you to light and pray for somebody).
Disclaimer - repeated exposure to author's musings may cause befuddlement.
Top

For the Dylan Thomas clue...I'd like to phone a friend: Michael Caine. What do you mean I have to know his number?!
Did not need the wrong guesses to get Serbia + Croatia. That said, I -did- need the map.

$9000 + FJ
The best thing that Neil Armstrong ever did, was to let us all imagine we were him.
Top

p.s. I think his name is most commonly spelled Sequoyah.
Top

I got endorse, GLOW, My Little Pony (I was prepared to offer a subtitle only if prompted), gentle/that, things fall apart, Croatia and Serbia, Beethoven, Martha Washington, Sequoyah, and Montreal. I negged with Stravinsky instead of Shostakovich as the only Russian composer I could think of who lived during Soviet times, even though I knew his best known works are pre-Soviet. I clammed on Tchaikovsky, and clammed on George Gershwin for the Cole Porter clue (I suppose I was conflating "De-Lovely" with "'S Wonderful"). That makes me $7,800, which wins me the game on my FJ get.

stupidly said Gershwin for Porter, was distracted slightly but didn't suss Martha Washington, and stupid of stupids, said Seneca when I know damn well who Sequoyah was and what he did. Still think it's a winner.
Top

Is Martha Washington really the "appropriate" choice in 1886?
Top

If her husband is on the other side of the bill, she's an "appropriate" choice...
Top

endorse, GLOW, My Little Pony (Friendship Is Magic available if needed, which it didn't seem to be), "do not go gentle into that good night" (no rebounds needed), "things fall apart," Cole Porter, Beethoven, and Martha Washington for $7400. I also said Tchaikovsky just before the buzzer, but I'm not sure if I should count that as a ring-in; counting it, that's $9000. Either way, with a Final solve, I had enough for a fourth podium win.
Oh, what has science wrought? I sought only to turn a man into a metal-encased juggernaut of destruction powered by the unknown properties of a mysterious living crystal. How could this have all gone wrong?
Top

Did not know My Little Pony, Yeats, and the dollar clues. Made the same mistake as Lisa on Dylan Thomas. Lucky guess on Shostakovich. Did not need the rebound on Vukovar.
Top

They needed to play more Sporcle, Croatia is the way more recognizable of those two countries if you’re familiar with the map of Europe.

Was thinking bison for #1, but stayed clam so no credit.
Top

If her husband is on the other side of the bill, she's an "appropriate" choice...

He wasn't on the reverse of the silver certificate, but he was on the standard $1 bill at the time
The best thing that Neil Armstrong ever did, was to let us all imagine we were him.
Top

Missed "bison" by blurting "buffalo" before correcting it, but I think I would have been ruled incorrect before I had the chance to fix it.

Wound up with $8800 ($9600 minus the $800 miss) before the DD. Would have clammed if had been a regular clue because of uncertainty, but answered Montreal correctly. Same with the Parisian island and Gary Oldman -- clammed, but would have SWAGged correctly if an answer was mandatory.
I'm not the defending Jeopardy! champion. But I have played one on TV.
Top

TIL there are European bison.
Top