Article in The Ringer about LL:

That douchey writer might look down on Mick Mulvaney’s C Rundle performance but MM is usually midway in his rundle. And the writer has spent 15 of 17 seasons in C rundles so he shouldn’t look down on anyone. Anyway, new season begins today!
Top

I'm still a little miffed about the Ducks One-Day last week. Although I finished in 34th place, I should have been third. I was counted wrong on one of the questions that I actually got right. I did send a message to Thorsten, but he never corrected the scoring error.

The question was:
As tight end Kyle Rudolph found out when he played the game in a touchdown celebration, only 49 out of 50 states call their circular tagging/callout game "Duck Duck Goose". What's different about Minnesota's version? The Swedes have two names for the game, and the Minnesotan one comes from the name "Anka Anka Grå Anka".

These answers were accepted: and I put: which actually seems technically more correct to me.

Yeah when first seeing it I was a bit confused and upon seeing the listed answer, was truly baffled that this question made it through testing and was published in this form. It clearly intended to ask what they call the game but asking "What's different"?" is a very different question that leaves it open a wide range of word choices.
Top

Seems like Thorsten doesn't really care too much about the One-Days, which I understand, but somewhat frustrating all the same.
Top

There's a new interstitial video, to watch while the database is updated with the day's results:

There was a pretty high get rate overall yesterday so that isn’t too surprising. I tied 6(5)-6(5) in D, with both of us missing Westminister. I guessed Yorkshire and I might have gotten it right if I had thought about it some more.

MinnesotaMyron wrote: ↑
Thu May 21, 2020 3:02 am
There's a new interstitial video, to watch while the database is updated with the day's results:


Maybe it's an East Coast thing, or my early bedtime, but what are you talking about?
Top

MinnesotaMyron wrote: ↑
Thu May 21, 2020 3:02 am
There's a new interstitial video, to watch while the database is updated with the day's results:


Maybe it's an East Coast thing, or my early bedtime, but what are you talking about?

The site used to have issues with people compulsively refreshing the site around the time the day's results and the next day's questions would appear. Apparently it interfered somewhat with Thorsten's database updating, so a little while back he implemented a "pause" to the site: instead of the page you were trying to load, it redirects you to a page with a message and an embedded YouTube video to watch while you wait.
Top

My opponent yesterday (from Ireland) gave me (a Canadian) 3 points on the hockey question. It wouldn't have made any difference to the overall result, but I just thought it funny that given what this country is known for, they might have defended differently.

ETA: I picked Ovechkin, FWIW. I remember the hoopla surrounding him getting to the 700 mark shortly before the Before Time ended.
Last edited by NoWhammies10 on Thu May 21, 2020 8:02 pm, edited 1 time in total.
Top

I took a 1 point loss yesterday. I had an outside shot at drinking a beer, but I switched from Hull to Orr (I know very little about hockey) and considered Westminster but went with Piccadilly. I know that it was a pretty easy set but I am surprised that Westminster didn't play easier, as I thought that there would probably be a lot of LLamas who have traveled to (and live in or near) London.
Top

StevenH wrote: ↑
Thu May 21, 2020 10:02 am
I am surprised that Westminster didn't play easier, as I thought that there would probably be a lot of LLamas who have traveled to (and live in or near) London.

When I saw the question, I'm like, "I didn't even know London had boroughs" despite having visited there for one day. When I saw the answer, it was a big facepalm. (I guessed Leiscester, because that's a thing, right?)

Spent too much time going back and forth between Ovechkin and Jagr. I swore Ovechkin just passed the 700 goal mark, but Jagr has been playing forever and at a very high level. Turns out it didn't matter.
Now swimming in the J! pool.
Top

Nice to have an easy match day to kick things off and grateful that my opponent missed the hockey question!
Top

Switched from Hull to Selanne on the 700 goals hockey Q. Selanne had 684.

When you consider Espo, Orr, Hull and Ovechkin and then go with... Fedorov.
Top

My list to consider was: Hull, Espo, Dionne, Ovechkin, Jagr, Kurri, Lafleur, Andreychuck, Modano....had Hull typed in the box for a long time and changed last minute to Lafleur...which was super dumb as I was pretty sure Jagr was #3 now and that Dionne was #3 when he retired. Both were correct.

Didn't matter as I missed Westminster (Kensington popped in my head, never thought about Westminster Abbey being, you know, in Westminster) and the Siam one as I am awful at lit and have never heard of the story (also bad at Theater as its apparently the basis for the King and I.) and lost 4(3) - 8(5).
Top

I used to be a HUGE hockey fan, but that was eons ago. Didn't even recognize a few of the names on the hockey list, but was sure that my answer of Esposito -- Phil, not Tony -- was correct. Dionne would have been my second choice, as I watched him in person when I was still going to games in Los Angeles. Gretzky too, but he was on Edmonton at the time.

Parliament itself is frequently referred to as "Westminster", my being aware of that due to watching a lot of British TV series and movies. I wasn't sure that Westminster was the name of a borough, but seemed as good a guess as anything else.
"The COMPLETE GUIDE To Republican Ethics: tRump Edition" is right ===> here
Top

RandyG wrote: ↑
Thu May 21, 2020 2:14 pm
Parliament itself is frequently referred to as "Westminster", my being aware of that due to watching a lot of British TV series and movies. I wasn't sure that Westminster was the name of a borough, but seemed as good a guess as anything else.

When I thought of Westminster Abbey, I had a feeling that was the key thing you were meant to think of to lead you to the answer. My placeholder answer most of the day was Marylebone, just because I've lately been watching on youtube the 1950s TV series "Sherlock Holmes" which starred Ronald Howard (long before Opie Taylor or Richie Cunningham). The opening shots show the Parliament buildings, and soon you see a sign that says "Marylebone" and soon Baker Street. It turns out (I don't mean it had been a secret; only that I hadn't known) that Marylebone is IN Westminster, but is merely a neighborhood while Westminster is a borough of London though it's also the "City of Westminster" and how that could be is beyond the province of this post.

It turns out I was never in danger on the hockey question, but there was much back and forth between Esposito and Hull before I finally chose the former. I did realize the latter gave me two chances for the price of one, but I remembered Bobby jumping to the WHA and I had no real idea how long Brett's career was, as I had long since stopped paying much attention. I find now that only Brett qualifies, though only a fool would have risked a full name (no offense meant to anyone). 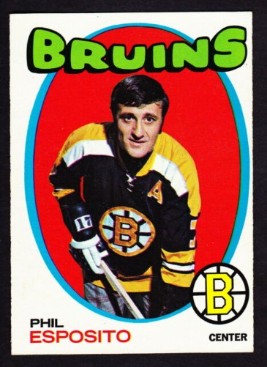 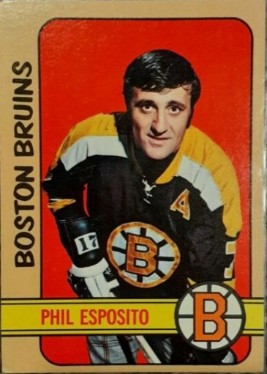 Also, the hockey question could not have been more up my alley. Almost went with Andreychuk to be a smart aleck, but wasn't 100% sure on him. I had a poster of Brett Hull with a NOMA sled in my room as a kid, and collected probably hundreds of his cards. Great hair.
I eat chicken. That's what I do.
Top
Post Reply
420 posts