FINAL JEOPARDY! CLUE
Of the 15 U.S. Presidential Libraries or Museums, 3 are in this state, more than any other

Jong Ho likes wagers off the norm as he bet 3456 twice and 2142 in the FJ! round. It makes sense that his story mentioned MIT. By coincidence the first clue picked after chat time had the school in it.

Anne had a chance to grab the last WC, but did not pick the right state. On my paper I only wrote the correct state while spending think time considering all of the wrong states (+ NY) that the players wrote/crossed off. Alex named the associated presidents for the right place and they were the 3 I had to lock in my response. It later hit me that someone could get the right state with faulty reasoning since another prez was born in the state while 2 of the 3 were born elsewhere.

To me the QF round FJ! clues should be reasonably similar in difficulty while I suspect this week's poll will show more of a skew than the 20-point swing of 73-93% from last week.
Top

Completing the archiving of the game will be a little later than usual as I took a break to share the clues from PICTURE THE MOVIE: Note: They're shown in value order though $400 played before $200. Alex read "2019" for the last clue while the CCer had 2009.

Back to work.
Top

FJ had a couple tempting wrong answers. My thought process:

1. How am I supposed to know whether it's Ohio or Virginia?
2. Wait, there are only 15 presidential libraries?
3. Oh, only the most recent presidents have them!
4. What state are 3 of the last 15 presidents from?
Top

Who knows? If Anne lays off her one miss then perhaps she could have sat pat for the FJ! round though probably she would have bet something as 16000 seemed to be her target. Too bad as 17R was respectable.
Top

MarkBarrett wrote: ↑
Fri May 29, 2020 11:36 am
It later hit me that someone could get the right state with faulty reasoning since another prez was born in the state while 2 of the 3 were born elsewhere.

Yep. I knew LBJ and W (even though he's CT) were a definite, but wasn't sure about either HW (from MA) or Eisenhower (who was born in TX). Figured one of the two had to be right, so I stayed with the correct response.
Top

I was worried Anne would get FJ right and bet zero.

I knew libraries are a fairly recent thing so narrowing it down to the right state was quick work. I am in a couple Facebook groups related to presidential history so that helped.

I think the get rate for this one will be the lowest in the weekly poll.
Top 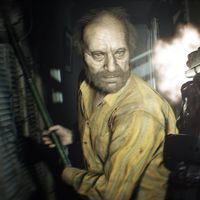 I knew libraries are a fairly recent thing so narrowing it down to the right state was quick work. I am in a couple Facebook groups related to presidential history so that helped.

I think the get rate for this one will be the lowest in the weekly poll.

If she did, she would have lost by $200. She needed to beat Lauren's $14,000 to secure that spot. I thought she had the right idea to go for the wildcard, but what befuddles me is that she could have won the game over Jong Ho, considering that it wasn't a runaway game.
Jeopardy! is like History. It's a mixed bag of categories that try to test your knowledge to see if you know or can recall answers that seem familiar to the viewer.
Top

On COOL NEWS $400, what they described was distillation. I would have BMSed desalination. But what do I know, I only have a Ph.D. in chemistry.

Two expensive negs with Adriatic for Ionian and epitome for quintessential. Was able to get FJ, but I thought it was a tricky one. Looking forward to the semis and finals next week!
Last edited by mas3cf on Fri May 29, 2020 8:28 pm, edited 1 time in total.
Top

I think the get rate for this one will be the lowest in the weekly poll.

My vote is yesterday's for that honor...

Precalled "Hobson's Choice" but still didn't get it. For some reason I kept brainfarting that category. I recognized all five terms but just kept misfiring and couldn't pull them in time. Hate 0/5s like that.

For some reason I always blank on where the Caribbean is. Should I just admit defeat on this one?

Absolutely dismal DJ! for me with 7R 2W.

No guess on FJ! I guarantee you no matter what I put down it'll be wrong.

I saw absolutely no way to even puzzle this one out. My jaw dropped when VA was ruled wrong, because I couldn't think of anything else that fit. This FJ! reeked of negbait.
Ten Pound Hammer

I am stunned that final Jeopardy was a triple stumper. I think all the FJ's were rather easy this week.

What had me stumped was the wagering in FJ this week. Even if you know you might not win the game, don't you want to wager everything to have as high a point total as possible to make it to the next round?
Top

You just knew somebody was going to bring this up: Who remembers the crude variation on "he who hesitates is lost" from the movie The Cable Guy?

I had some pause about ringing in on Alexander solzhenitsyn because it seems like it would be so easy to mispronounce that name.

I knew both Bush libraries are in Texas and I've been to the Johnson Library. So the question of whether there's an Eisenhower Library there was mooted.

I sald Underground Railway. Judges?
I'd rather cuddle then have sex. If you're into grammar, you'll understand.
Top

What had me stumped was the wagering in FJ this week. Even if you know you might not win the game, don't you want to wager everything to have as high a point total as possible to make it to the next round?

That's a very interesting question. Typically in most cases, yes, I think you should if you have built enough money that prevents the opponent from creating a lock game, then, yes, bet large in this case. There was one instance where this type of thing happened, in Gitta's 3rd game. She had $11,400 to Tom's $21,000. She had a chance to win, but only bet $100(!). However, there was a time where a lock-tie game happened (Right before the new rules were put up) and the champion lost. Paula Menasche had $8,600 and Nichole Mancone had $17,200. Paula bet everything and Nichole lost $5,000(!), which you would think is a good reason your mouth would drop upon that.

If you're going to put yourself in position to go for the glory, take that risk and hope that your opponent messed up big time.

However, tournament styles, especially in quarterfinal matches, if you do encounter a category you're not too comfortable with, chances are a small bet would be at the hand, especially if you want to build enough money and a case to securing a wildcard spot. Just depends on how comfortable you feel about the clue and whether or not, you decide to be bold and aggressive on the wager.
Jeopardy! is like History. It's a mixed bag of categories that try to test your knowledge to see if you know or can recall answers that seem familiar to the viewer.
Top

I'm okay in history, but really not too good in presidential trivia, so I was nervous. Add in geography, and you'd think I was sunk for FJ!. Nope! I vaguely remember W's library opening and there's no way it wouldn't be in Texas. Daddy HW was probably in Texas too. Add in LBJ, and I had a very good feeling about it.

I would have had no idea how many presidents had libraries. Could have been 30, could have been 10. I know JFK has one, but couldn't really say anything about any of the others. But it was nice of them to toss in the 15 in there - basically asking "What state is associated with 3 of the last 15 Presidents?"

Got "War and Peace" from "Natasha and Pierre and the Great Comet of 1812". When a musical serves you free perogies before the show, you know it's going to be good.

I went down the nanobot hole for nanoparticles, but I clammed. And nanites are nanobots, so nanu nanu.

IMO: Oooh...sorry. That's the kind of answer I give all the time and get frustrated with...I know it, but can't spit out quite the correct word. AFAIK, that's not a common variation, and the Underground Railroad is a definite thing. It would be a bit like saying Madison Square Greenhouse (if greehouse were an exact synonym for garden, which it isn't...can't think of a good one now.)
Top

A couple for the judges:

They accepted "desalinization". I said "distillation". Does the process described stop short of full-on distillation or is that response ok?

DESCRIBING THE ADJECTIVE $400: There are a limited number of I's--3--in this word meaning endless... or unlimited...or...

They accepted "infinite". I said "illimitable" which I'm pretty sure they'd also accept. Any strong arguments against?

Talked myself out of a perfecto for the week. Started in Texas with LBJ and W but couldn't think of a third. So I kept thinking. Remembered California with Nixon and Reagan. Couldn't think of a third there either but knew that Herbert Hoover had a Stanford connection so... maybe? I switched my guess to California. Felt stupid once reminded that there were TWO Bushes with a Texas connection.
Last edited by opusthepenguin on Fri May 29, 2020 10:17 pm, edited 1 time in total.
Top

Was waiting for the reversal on nanobots that never came.
The Green Book was also a NHOI for me.

They accepted "desalinization". I said "distillation". Does the process described stop short of full-on distillation or is that response ok?


See my comment above. Distillation is a better response than desalinization, IMO. Speaking as a Ph.D. chemist who has personally done hundreds of distillations in my lifetime....
Top
Post Reply
46 posts