6/8 FINAL JEOPARDY! CLUE
10-year-old Martin Luther King Jr. sang with his church's choir at the celebrated premiere of this film

6/9 FINAL JEOPARDY! CLUE
Encyclopedia Britannica says of him: "After an extended tour of Europe he retired to Concord...& he died in obscurity"

6/10 FINAL JEOPARDY! CLUE
Published in 1881, "The Formation of Vegetable Mould, Through the Actions of Worms" was his last & one of his bestselling books

6/11 FINAL JEOPARDY! CLUE
One of the first recorded autopsies was performed on this man & revealed 23 puncture marks

6/12 FINAL JEOPARDY! CLUE
On this woman's passing in 2019, Oprah Winfrey called her "a magician with language, who understood the power of words"

TALK SHOW $1600: This legend of NBC late night turned down the role that Jerry Lewis eventually played in "The King of Comedy"

Stumped on Darwin with no guess

No doubt at all I’ve seen all 190 games this season. (More than once)
Top

I had to play from mid-March to mid-May from the Archive. I'm assuming that doesn't count for "having seen" those games.
Top

Never heard of Breathing Lessons.
Have not seen all episodes (I know there's one or two I missed due to pre-emptions and I don't bother hunting them down).
Top

Had to play off archives on Tuesday, said Fillmore just to have something

Talk shows and their hosts/networks are not my speciality

Geez, I did better in the GOAT tournament.

NHO for the 1600. Edith Wharton was a gimme. I'll support any hypothesis that the valuations were off.
Top

Lessons Accidental would've been a DD get though

Played all 190, but at least one or two that were done off the archive.
The best thing that Neil Armstrong ever did, was to let us all imagine we were him.
Latest movies (1-10): The Huntsman: Winter's War (6), Batman: The Killing Joke (7), The Immortal Story (7), Ratchet & Clank (6)
Top

Pretty sure all 190, with a few thanks to Opus.
Top

Guessed John Quincy Adams Tuesday, just to have something.

Pretty sure I saw most episodes, but missed a few here and there.
Top

John Q Adams after talking myself out of taking the coinflip between Pierce and Hayes (I know their names, but not which goes where in order).
Alexander Fleming; not thrilled with it but I had nothing else
Ursula Le Guin, desperation guess after dismissing Angelou and Harper Lee as dying too early

I stopped watching for a while in March/April because my local airings were constantly preempted.
Oh, what has science wrought? I sought only to turn a man into a metal-encased juggernaut of destruction powered by the unknown properties of a mysterious living crystal. How could this have all gone wrong?
Top

I checked the 190 box, but forgot about preemptions. I think I only had to play 1 or 2 partially off the archive.

Negged by both Lister and Angelou. I thought of Darwin but got fooled by "mould", and felt Angelou was wrong but couldn't think of another Oprah author in time.

I didn't get "Breathing Tourist" - I assumed it was "Accidental Tourist", but had NHO Breathing Lessons.

I don't think I buzzed in on "The Age of Frome". I definitely would have WECIBed "The Age of Innocence" and "Ethan Frome" because they were both books I have heard of, but I honestly didn't know the author for either. I'm pretty sure I clammed.

Absolutely befuddled about Carson, and I don't think I'm THAT old. I'd just finished 9th grade when Carson's last show aired, and while I did see that "live", I was never one to stay up and watch late night comics when I was in middle school, except for SNL. I don't think of Leno or Letterman as "legends", mainly because they're still alive. Personally, Letterman seemed more groundbreaking to me, while Leno was just status quo standup. And Letterman's not a great response since he's associated with both NBC and CBS. Sullivan would be reasonable, but was CBS - a fact I didn't know. But if you're thinking of a comic about the same age as Jerry Lewis, Carson's the one. Ed was about 20 years older, and Leno and Letterman about 20 years younger.
Top

I believe I would have had a perfect week if "puncture" was replaced by "wound"...
I read Breathing Lessons when it came out. Didn't keep me from identifying it as Breathing Room. I don't remember liking it as much as The Accidental Tourist or Dinner at The Homesick Restaurant, so that's my excuse...
I don't think I missed a game this season. An extra-long break is OK with me, but I hope the show can come roaring back, even late, in the fall!
Top

I'm still kicking myself over Franklin Pierce. My dad was trying to name all the pre–Civil War presidents and got everyone except Pierce, said, "Watch the correct response be the one I'm missing," I thought there was no way and doomed myself before the clue was even revealed. I'd even done a JetPunk quiz, maybe less than a week prior, of presidents' home states, and I knew Pierce was from New Hampshire. I'm reminded of jkbrat's story about her losing FJ: I had the sense that the latter half of "Breathing Tourist" was The Accidental Tourist, but had no way of getting the rest.
Top

Leave it to me to have the goose egg YET AGAIN, but at least I've seen all the episodes this season.
Ten Pound Hammer 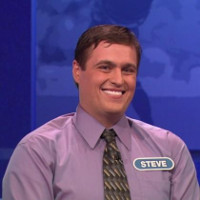 I am fairly sure I've seen all 190 episodes.

Ironically knew the GWTW thing because we had toured the Margaret Mitchell House in Atlanta over Labor Day weekend past, which had memorabilia related to the premiere. It also helped that the movie had hit the news that day regarding the HBO Max issue.

And, although the future Dr. King was there singing, none of the black cast members were at the Atlanta premiere due to the segregation laws of the day.

I have heard the name Toni Morrison before, but I couldn’t have told you one thing about her.

Second-guessed myself out of an all-smiley week...

Have either watched or played through all S36 episodes. Only keep stats on "regular" episodes, 102/151 for the ones I have tracked but my get rate increased steadily over the course of the season.

Thanks to Steve's J-scorer for enabling this analysis!
Top
Post Reply
30 posts