There will be no one elected to the Baseball Hall of Fame in 2021, as no candidate received the 75% of votes required by the Baseball Writers' Association of America. The last time this happened was in 1960.

Controversial MLB players Barry Bonds, Roger Clemens, and Curt Schilling will be on their 10th and last year of eligibility to be enshrined next year.
Top

Actress Cloris Leachman has died at age 94. While more commonly remembered today for her comedic work in films like Young Frankenstein and TV shows like The Mary Tyler Moore Show, its spin-off Phyllis, and her recurring role on Malcolm in the Middle, she was also an accomplished dramatic actress, winning the Best Supporting Actress Oscar for her work in 1971's The Last Picture Show. Along with Julia Louis Dreyfus, she holds the record for most Primetime Emmys won in her career with 8. (She also has a Daytime Emmy.)
Not many people can say they've lost four times on Jeopardy!.
Top

Tony and Emmy-winning actress Cicely Tyson has died at the age of 96. Tyson’s death comes just two days after the publication of her memoir, Just as I Am.

Tyson has the rare distinction of winning both an lead actress Emmy and a special "actress of the year" Emmy for her performance in the title role of the acclaimed 1974 TV movie The Autobiography of Miss Jane Pittman. Based on a novel by Ernest J. Gaines, the film is a story of the African American experience as seen through the eyes of a former child slave who joins the the civil rights movement at the age of 110. Tyson played Jane Pittman at various ages, from 23 to 110, with the help of realistic special effects makeup by Stan Winston and Rick Baker.

Cicely Tyson earned an Academy Award nomination a year earlier for the 1973 film Sounder. She was presented with an honorary Oscar for lifetime achievement in 2019. In 2013, Tyson won the Tony Award for best actress for her performance in the Broadway adaptation of A Trip to Bountiful.

In 2016, she was awarded the Presidential Medal of Freedom. Tyson was also a Kennedy Center honoree, a Peabody Award winner, and an inductee in both the American Theater Hall of Fame and the Television Hall of Fame.

Her long list of distinguished work includes the premiere episode of the original Roots (1977) miniseries; A Woman Called Moses (1978), in which Tyson played Harriet Tubman; the 1978 miniseries King, in which she portrayed Coretta Scott King; the 1989 miniseries The Women of Brewster Place; Oldest Living Confederate Widow Tells All (1994), for which she won her second Emmy; and The Help (2011), for which she won a Screen Actors Guild Award as a member of the ensemble. Most recently, she was Emmy-nominated for her recurring role as Viola Davis's mother in the TV series How to Get Away with Murder.
Top 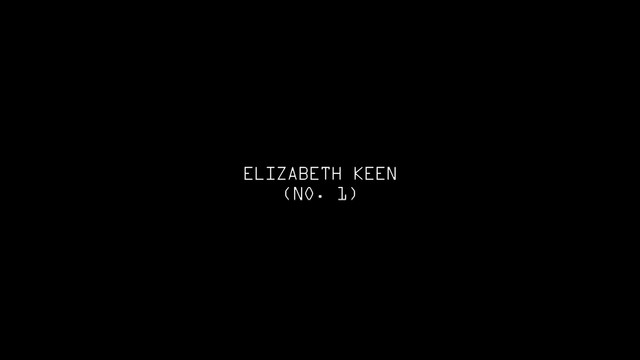 The National League for Democracy (NLD) won November’s poll in a landslide, but the army has for weeks alleged widespread voter irregularities, claiming to have found 8.6m cases of fraud.

Care to elaborate? I googled the name and it seemed like something on What is the relevance to here--series finale, big reveal, something else?
Top

As of the first of the year, the Milwaukee Brewers' stadium will be known as "American Family Field", sponsored by the insurance company. Formerly known as Miller Park, that naming contract ended at the end of 2020.
Top

Care to elaborate? I googled the name and it seemed like something on What is the relevance to here--series finale, big reveal, something else?

A couple things maybe worth knowing that I caught last week:

Michaela Goade is the first Native American Caldecott (children’s picture story) Award winner for “We Are Water Protectors”, and Tae Keller won the Newbery Medal (chapter book) for “When You Trap a Tiger”. (AP article:)

Here’s an article about the Gamestop stocks bonanza. The name to know here might be the app RobinHood.

This music may lean more toward LL for now but... Gen Z Actress Olivia Rodrigo, straight to #1 hit - “drivers license”

Country crossover star Morgan Wallen (from Tennessee, mullet guy) is also a name to know if you don’t already - latest album is called Dangerous; "7 summers" and "More Than My Hometown" are his latest singles.
Top

Dustin Diamond, best known for playing Samuel "Screech" Powers on Saturday morning teen sitcom "Saved by the Bell," (as well as on its precursor "Good Morning, Miss Bliss," and its successor "Saved by the Bell: The New Class") has died at 44 of lung cancer.
Top

For those who complain that J! has too many clues involving TV shows that you haven't seen, "Saturday Night Live" provided some study material this past week.

The shows included in this sketch:

The Undoing (HBO) - Psychological thriller miniseries based on the 2014 novel You Should Have Known by Jean Hanff Korelitz, created by David E. Kelley. A successful Manhattan psychologist gets wrapped up in the investigation into the murder of the mother of one of her son's classmates. The psychologist is portrayed by Nicole Kidman, who also sings the theme song ("Dream a Little Dream of Me," a 1930s standard covered by The Mamas and the Papas in 1968); Hugh Grant plays her husband. (Aired October-November 2020)

The Queen's Gambit (Netflix) - Drama miniseries based on the 1983 novel by Walter Tevis. In the 1960s, an orphan from Kentucky rises to fame as an international chess champion. Model-turned-actress Anya Taylor-Joy portrays the main character, Beth Harmon. (Released October 2020)

Stranger Things (Netflix) - Series involving various supernatural events occurring in the fictional small town of Hawkins, Indiana, in the 1980s, mostly related to an alternate reality known as the Upside Down. The creators are Matt and Ross Duffer, credited as the Duffer Brothers. It has an ensemble cast of mostly young actors; probably the most important actor names to know are Winona Ryder, David Harbour (who plays Sheriff Jim Hopper, depicted here singing the theme song), Millie Bobby Brown (who plays a character known as Thirteen), and Maya Hawke (real-life daughter of actors Ethan Hawke and Uma Thurman). (The first season was released in July 2016, and two other seasons have been released since; a fourth season is currently in production)

Bridgerton (Netflix) - Period drama, produced by Shonda Rimes, based on a series of novels by Julia Quinn, focusing on high society in Regency-era London (early 19th century). The two main families depicted are the Bridgertons and the Featheringtons. The series is narrated by Julie Andrews as newsletter columnist Lady Whistledown. (Released December 2020, and has been renewed for a second season)

The Crown (Netflix) - Dramatizes events throughout the life of Queen Elizabeth II, with many real-life figures depicted, such as John Lithgow as Winston Churchill and, as depicted here, Gillian Anderson as Margaret Thatcher. The series will last six seasons, with the main cast changing every two seasons -- Queen Elizabeth II portrayed by Claire Foy, Olivia Colman, and Imelda Staunton; Prince Philip portrayed by Matt Smith, Tobias Menzies, and Jonathan Pryce; Princess Margaret portrayed by Vanessa Kirby, Helena Bonham Carter, and Lesley Manville. (The first season was released in November 2016, and the most recent season released was the fourth, in November 2020.)

Sex and the City (HBO) - Created by Darren Star and based on a 1997 essay collection by Candace Bushnell. Four women in New York are friends who talk about sex -- Sarah Jessica Parker as Carrie, Kristin Davis as Charlotte, Cynthia Nixon as Miranda, and Kim Cattrall as Samantha. The original series ran for six seasons from 1998 to 2004, and spawned two feature films and a prequel series ("The Carrie Diaries").

Announced in January 2021, a continuation of the original series, to be titled "And Just Like That...", is currently in production. It will include three of the four original main characters -- all but Kim Cattrall as Samantha. It is set to be shown on the streaming service HBO Max, not the regular HBO channel.

The Mandalorian (Disney Plus) - Created by writer-director Jon Favreau and set in the "Star Wars" universe (five years after the events of "Return of the Jedi"), a bounty hunter named Din Djarin, a.k.a. "The Mandalorian," is hired to retrieve a character initially known as "The Child," but referred to as "Baby Yoda" online (because it appears to be an infant of the same species as "Star Wars" character Yoda), with its real name eventually revealed to be Grogu. Pedro Pascal plays the title bounty hunter; a bunch of other recognizable actors have had regular or recurring roles, but one who may be mentioned in particular is...
(The first season was released on a weekly basis November-December 2019; the second season was released October-December 2020; a third season is in production)

The other two are older shows, but I'll write them up just in case...

Frasier (NBC) - A spinoff from the sitcom "Cheers" focusing on the character of Dr. Frasier Crane, portrayed by Kelsey Grammer, having moved from Boston to his hometown of Seattle after the end of his marriage and hosting a call-in talk radio show. There was a closing theme song, "Tossed Salad and Scrambled Eggs," sung by Grammer himself -- the joke here is that the theme song was updated to include names of social media sites that didn't exist when "Frasier" originally aired. The show is currently available for streaming both on Hulu and on NBC's streaming service Peacock. (Originally ran for 11 seasons, from September 1993 to May 2004)

The Office (NBC) - Created by Greg Daniels, based on a British series of the same name created by Ricky Gervais. Single-camera sitcom that was presented as a documentary about the Dunder Mifflin paper company in Scranton, Pennsylvania, initially focusing on manager Michael Scott (played by Steve Carell). One story arc that spanned the run of the show was a romance between salesperson Jim Halpern (played by John Krasinski, singing fake lyrics to the theme song here) and receptionist Pam Beesly (played by Jenna Fischer). Currently streaming exclusively on NBC's streaming service Peacock. (Originally ran for 9 seasons, from March 2005 to May 2013)
Top

Christopher Plummer, Oscar winner, star of 'The Sound of Music', and father of Amanda Plummer, dies at 91.
Top

The following contains information related to a clue on the Friday, February 5 episode.
Last edited by Bamaman on Fri Feb 05, 2021 8:36 pm, edited 3 times in total.
Top