The show wasn't exactly an A-list show back then. It had been canceled twice and they were taking a chance on giving it a reboot.
Top

triviawayne wrote: ↑
Tue Jan 12, 2021 10:23 pm
The real question here is if Aaron Rodgers hosts, will the contestants know what it is he does for a living...

This clip NEVER gets old!
Top

It Just Makes way too sense for Pat Sajak to Guest Host, He Literally Films in the Same Studio. Whether he will do it is another thing Entirely.

also Reporting from tvline that " as part of each guest host’s appearance, a donation will be made to a charity of their choice. The amount donated will equal the cumulative winnings of the contestants that compete during the weeks they serve as guest host."
Last edited by AntmanB on Wed Jan 13, 2021 4:39 pm, edited 1 time in total.
Top 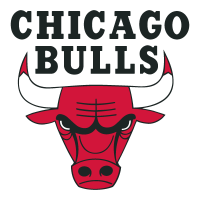 Well, Mike Richards will do it himself, as well.

This is a decent example of Mayim in hosting mode:
Top

Aaron Rodgers and Mayim Bialik are obviously placeholders and/or folks to get eyeballs on the show for a week or two, and I think they're reasonable choices. Both of them have plans elsewhere, so there's no way they're vying for the actual spot on J! - Rodgers is under contract with Green Bay until 2023, and I would guess would be interested in some sort of NFL broadcasting career when he's done...that's what many ex-pros do, and he seems well-suited for it, given his commercial acting experience. Bialik already has Call me Kat, which literally started last week IIRC. While that doesn't preclude hosting J! simultaneously, it wouldn't make sense.

Bill Whitaker is a strange choice, if what's been said here is true. Not bad, just odd. Not an A-list name, as was mentioned earlier. In fact, for me, a NHO when it comes to the name...although I'm not quite in the 60 Minutes demographic, I literally know the three OTHER main hosts of 60 Minutes, but not him. Maybe it's a personal blind spot. I sort of recognize his face. If they're going for big name cred, I think Jennings is more recognizable? My guess is he's a genuine tryout (like Ken, and unlike Rodgers and Bialik), and I'm happy to give him a chance. He could be good. I imagine 60 Minutes anchors do have the experience of reading from a teleprompter for long periods of time, and delivering facts in an easy-to-digest form, which is pretty similar to J!.
Top

This article states that KJ will do the first 6 weeks of shows:

I really don't want this to come off as rude, but shouldn't Aaron Rodgers be focused elsewhere?
Top

Another interesting question to be asked: is Richards a genuine tryout too like he was when he tried out for TPIR, or is the "J!" statement to be taken at face value when it says that he's only hosting "to keep the show on the air while the guest hosts prepare for their appearances" (even though they presumably could've just had Ken host for another 2 weeks if it was a matter of waiting for non-Ken guest hosts to be ready, though I guess it's possible his availability no longer permitted it for whatever reason)?
Top

So, 6 weeks of Ken. 2 weeks of Mike Richards. One week of Katie, Bill, Aaron, Mayim.

That is 12 weeks booked. Assuming those are consecutive weeks, the will need new hosts in early April. I wonder if any other former Jeopardy players will take a turn?
Top

That is 12 weeks booked. Assuming those are consecutive weeks, the will need new hosts in early April. I wonder if any other former Jeopardy players will take a turn?

I have to imagine that Brad's on their speed-dial, given his own experience in the realm.
Top

He wont host until after his season is over, which could be as soon as this weekend!
Top

I'm still hoping for Mo Rocca to get a shot. I think he'd do a great job, and already does the Geography Bee, right? Which means he has experience following in Alex's footprints (albeit a few years after Alex stopped hosting it).
Top

He wont host until after his season is over, which could be as soon as this weekend!

Knowing some NFL players, he should expect to hear plenty of taunting from opposing D-lines in these playoffs. Maybe they'll hum the Think music just before they blitz, or talk trash in the form of a question

He wont host until after his season is over, which could be as soon as this weekend!

Knowing some NFL players, he should expect to hear plenty of taunting from opposing D-lines in these playoffs. Maybe they'll hum the Think music just before they blitz, or talk trash in the former of a question

It's a pity Andrew Luck never lasted long enough to warrant a Celebrity Jeopardy invite. That--and the response to it from his teammates, and his reaction to their responses--would be classic.
There are zero decent, moral people who support the death penalty.
Top

I will say one thing - it's purely anecdotal, of course, but the general mood toward Ken on social media seems to have done a complete 180. Just a couple of weeks ago they were all carrying torches and pitchforks and ready to crucify him as a <insert your favorite -ist here>. After just two episodes, he seems to have a LOT of support all of a sudden. "Hey, he's not half bad" seems to be the general consensus now.
--
Drowning in the pool
Top

Social media is totally fake, the pitchforks and the attaboys. I don't mean to say that the people posting criticism or praise aren't doing so sincerely. I mean that all the noise on Twitter and Reddit makes very close to zero difference to the only metric that counts, ratings.

Which is why I think it's folly for the show to treat the interim hosting as an extension of Celebrity Jeopardy! rather than as bona fide auditions. They could collect a lot of useful ratings data, trying out people who are actual candidates for the permanent hosting position.
J! Archive
[Fleming ToCs]
Top

Whittaker is 69 years old. I certainly don’t see him as a serious candidate for permanent host.

I agree it is an odd pick for even a guest host. Not really a big name. I watch 60 Minutes occasionally but the hosts aren’t household names as they once were.

I agree with Robert they should be using their time trying out serious candidates and not an active NFL quarterback just for attention.
Top
Post Reply
174 posts