That was my first inclination; I wasn't sure it was right, verified his name was Robert, and then with the confidence of that verification, reverted without noticing. Editing now.
Top 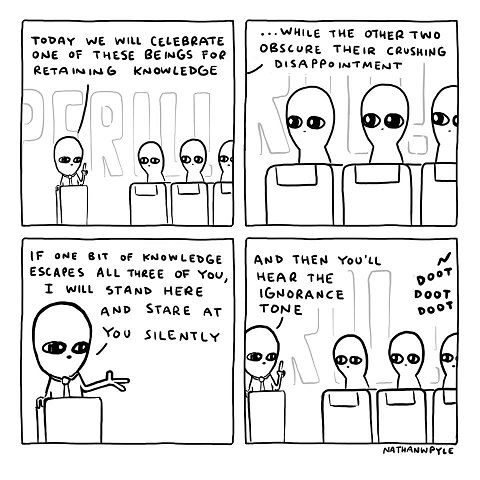 
Except that is not xkcd, it's Strange Planet.

A strange wrinkle to this FJ was that the name Milton Glaser sounded familiar to me, but I didn't know why. (It might be because he died only last year.) The correct logo came to me rather quickly, but I had also tried to think of something that invoked the WTC (like the WPIX channel 11 logo, which supposedly had the '11' resemble the twin towers).
Last edited by nserven on Thu Apr 01, 2021 8:43 am, edited 2 times in total.
Top

Isn't he the guy who was named after his dog? Oh, sorry, that's Indiana Jones.

Didn't care for the FJ clue. Took me a few seconds to realize bruise implied a body or body part, discarded Uncle Sam and Rosie the Riveter as not being logos and settled on the American Heart Association. I wouldn't consider the given response to be either iconic or a logo and even if it came to mind I'm not sure I would have went with it.
Top

Best I could come up with was Apple, which made no sense, except that I could see that an apple could have a bruise. The Apple logo was designed by Rob Janoff. You can have his "team" design you a logo if you have a spare $10k sitting around.

Went the same direction with addition of "Big." The "I [heart] NY" logo never crossed my mind, but Big Apple logos are quite prevalent.

A bruised apple is plausible. Does "More Than Ever" make sense as an addition? Dunno, but it was the best I could come up with.
I'm not the defending Jeopardy! champion. But I have played one on TV.
Top

Volante wrote: ↑
Wed Mar 31, 2021 10:38 pm
Despite having drunk plenty of pints in my day...I'm apparently still unable to visualize them the right size. (Never mind that 'ordinal alcohol measurement' could only possibly be 'fifth')

I dimly remember someone like W.C. Fields saying something on the order of, "I buy my liquor in quarts. You can't get four full glasses out of a fifth. Unless the fifth glass is a really big one." Forty years later, Piers Anthony used a variation of the line in Macroscope.
I'm not the defending Jeopardy! champion. But I have played one on TV.
Top

Guess I'm one of the lucky few who saw 9/11 and locked in on I❤NY in a snap, though I've neither seen nor heard of Glaser's update.

twelvefootboy wrote: ↑
Wed Mar 31, 2021 10:44 pm
The Primer/Primer clue was cruel. I've never heard the children's book pronounced without the long "I". I guess our reading teachers needed more instruction. Dr. Oz was ready with the neg and didn't spoil the rebound. "Primmer" seems more like a British pronunciation.

The only time I've heard it said like that is by Jodie Foster's character in Contact when (in case someone hasn't seen it yet) Aside from the McConaughey character, I love this movie, in part because it keeps taking enormous twists.

LT: Wrangler, fifth, produce, Greeley, rood (thanks to having read "The Dream of the Rood" in a lit survey course in the '80s... plus crosswords).

Poll request on the Cameron Diaz clue. I get it now--she was in the Charlie's Angels movies--but at J! pace that clue:

seemed awfully thin.
Back in the pool
Top

So the J! staff still don't know what "rhyme" is. Disappointing.

In my eighth-grade history class, Mr. Zamastil told us that it was the New England "primmer". I don't know how common that pronunciation is generally, but my reading suggests at least that it is more common here than Back There.

I never hoped to see a green cow, but I did. At second glance, I guess it is yellow, but the green highlights were confusing. I am among those who always thought tennis balls green, so there is that too.

"I ❤ NY" earned zillions for Glaser. No one, on the other hand, owns this other popular logo: 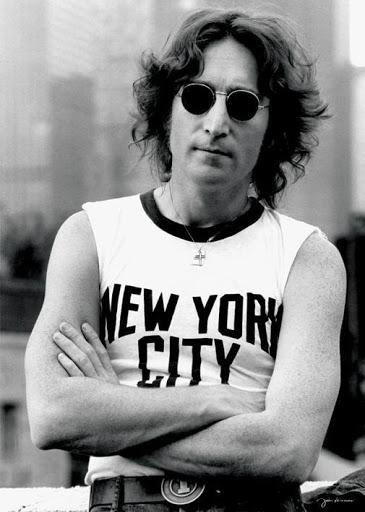 
"I ❤ NY" earned zillions for Glaser.

The articles I read say that Glaser did the work for free. Maybe if he'd known how popular it would be he would have taken a cut.
This Village Voice article says that NY considered his post 9/11 revision a copyright violation.
https://www.villagevoice.com/2011/11/23 ... o-be-here/
Top

In my eighth-grade history class, Mr. Zamastil told us that it was the New England "primmer". I don't know how common that pronunciation is


"I ❤ NY" earned zillions for Glaser.

The articles I read say that Glaser did the work for free. Maybe if he'd known how popular it would be he would have taken a cut.
This Village Voice article says that NY considered his post 9/11 revision a copyright violation.
https://www.villagevoice.com/2011/11/23 ... o-be-here/

So he's the John Fogerty of graphic artists.
I'm smart and I want respect.
Top

Never heard of Glaser, and have only been north of the Mason-Dixon Line three times (once to Newark and twice to Boston), but after about 5 seconds, “I heart NY” clicked. I’ve never seen the redone logo though.
Top