6/8 FINAL JEOPARDY! CLUE
A 1951 Time article said, "Since the war," this 2-word term for a period of time "has been written into union contracts"

6/9 FINAL JEOPARDY! CLUE
In 2002 Macon, Georgia, where he grew up, unveiled a statue of this man who sits overlooking the water, a nod to his posthumous No. 1 hit

6/10 FINAL JEOPARDY! CLUE
The 1st justice directly succeeded by his former clerk was Rehnquist by Roberts; the 2nd time was this other alliterative pair

6/11 FINAL JEOPARDY! CLUE
From the Latin for "key", this word for a type of isolated country applies to Vatican City, which has keys on its flag

SCIENCE & TECHNOLOGY $1200 box DD: A common measure of walking was coined when a Japanese company called its pedometer the Manpo-kei, or this many steps "meter"

BOOK-BORNE WORDS & PHRASES $1600: The first use of "ingenue" in English described this not-quite-ingenue in Thackeray's "Vanity Fair"

I knew 10,000 steps from talk show people mentioning the number and in association with press about Fitbits.

Had lad
TX and KS
Iola’s demise was news to me.

For the poll I did not want to get into Learned League things, but I got the Roman à clef question correct prior to getting the FJ! clue right. I very likely would have solved the FJ! correctly anyway, but it didn’t hurt playing the LL Q prior to J!
Top

Mon - only as far as Blanche DuBois
Tue - Lunch Break

Well, I had no idea Iola Morton perished. Heck, I had no idea who that was in the first place
The best thing that Neil Armstrong ever did, was to let us all imagine we were him.
Latest movies (1-10): Foreign Correspondent (9), Colossal (9), The Love Bug (8), The Awful Truth (9)
Top

I didn't know Vivien Leigh was married to Olivier. Worse, I thought she was American. I also thought she was Psycho's Janet Leigh's mother. She was 14 when Janet Leigh was born.
J! Archive
[Fleming ToCs] [Wildcard Cutoffs] [Leaderboard] [ToC Alternates] [Superchampions]
Top

Ditto, so I didn't check the box. I remember the Shaun Cassidy and Parker Stevenson TV adaption from the '70s, but that's as far as my Hardy Boys knowledge extends.
Top

Had Hardy Boys books in the '70s. Iola's death was news.
Had Sotomayor for the alliteration.
KS & AR.
Started the kerfuffle by having son for lad
Top

Had lad
No answer for the S N clue
A very long time since I read the Hardy Boys, way before Iola died
Got as far as Kavanaugh, but was trying to think of a right wing justice he replaced and Kennedy never came to mind.
Top

"Hour" sounded more like a time period. The number 10,000 is not especially significant in the culture I was raised in.

Sotomayor<--Souter was my first thought, but I thought some more.

It was annoying to see "key" come up in FJ, but I doubt I'd have defended Roman à clef with more than a 1 anyway.

I copy/pasted Mark's accent grave in the paragraph just above.

I never knew Iola, but that makes her death all the more upsetting.
I'm smart and I want respect.
Top

Sotomayor replaced Souter, and that was my guess (although I didn't know that fact for sure). If I had thought of Kavanaugh, I would have come up with Kennedy and known it was right.

Less than 24 hours after the Owen clue aired (locally), my nephew Owen was born. I got it right thanks to an Owain Glyndwr FJ in Nick Yozamp's College Championship in 2010.

I've known for a long time that "man" is Japanese for 10,000. (It's a borrowing from the Chinese, apparently.)

Arkansas and Kansas for me; I figured out Texas as well within solving time. No problem getting "lad."
Top

Lunch hour Tuesday.
Lucky week otherwise - Vivien Leigh was a desperation guess, I'm not even sure where I picked up "Sitting on the Dock of the Bay" = Otis Redding, couldn't name Sotomayor's predecessor leaving me with Kennedy / Kavanaugh as the only answer I had. I'll take going 3/4 on those clues.

I'd read about Iola before.

Lad didn't some to mind. I forget what I guessed.
Oh, what has science wrought? I sought only to turn a man into a metal-encased juggernaut of destruction powered by the unknown properties of a mysterious living crystal. How could this have all gone wrong?
Top

Thursday came down to Calia-Kavanaugh or Scalia-Skavanaugh and I picked the wrong one...

On Fri I should have been able to get from clef to (en)clave...
Owen Glendower is in Henry IV, Pt. 1.
I muffed the states-ending-in-s clue...
I'm almost inspired to go back and find out how that happened to poor Iola...

I've taken the liberty of posting that "first crossword puzzle". In the words of Rufus, they do get better. 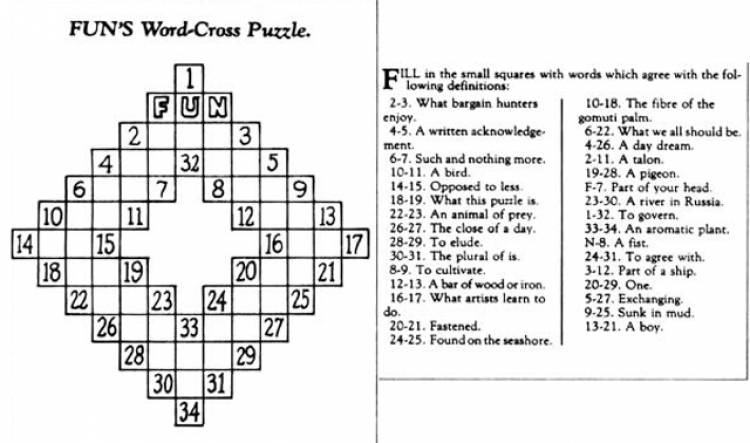 Vivien Leigh, coffee break, Otis Redding all came pretty quickly. Had some second-guessing with Kavanaugh/Kennedy when I started wondering if Kavanaugh actually started with a C. Then got sidetracked into wondering if it mattered for alliteration.

Went with "cloister" out of desperation on Friday. Could have landed on enclave if I'd simply remembered that the keys gave the clavichord its name.

Worked my way through the Henriad on Britbox a few weeks ago, so Owen Glendower was semi-fresh. Too bad Iola Martin didn't appear in any of the plays. At least then I would have heard of the name.
I'm not the defending Jeopardy! champion. But I have played one on TV.
Top

Those are some rough get rates, but about what I expected.
Top

Sotomayor and Souter on Thursday.

Had lad and all three s-to-n states.
I would prefer not to.
Top

Where’s the box for: I started humming the song before the clue reading finished, but couldn’t come up with the name to save my life.
--Peter
Top
Post Reply
19 posts • Page 1 of 1