OPENING REMARKS
Alex: Thanks, Johnny, and thank you, ladies and gentlemen. Welcome aboard, as we start another week of Jeopardy! Bing, good to see you again. He, uh, got off to a good start on Friday's show, winning that game, and now he defends for the first time, so we'll see how well he does against Anne and Doug. Good to have you here. Good luck. Let's go to work. The Jeopardy! Round has one Daily Double today, in one of these categories...

Alex: Anne Raybon is a teacher's assistant from North Carolina who has hosted how many foreign exchange students?

Anne: Four in my home, but I have helped find host families for over a hundred students in the last--

Alex: How'd you get involved in that?

Anne: Actually, I found a picture of a Japanese man and his wife in my rural Northwestern Georgia grandmother's drawers, and I said, "Who is this man?" And it was their exchange student that they hosted in the '50s, and I thought, "That would be fun."


Alex: Doug Lloyd is a law student from Charlton, Massachusetts, who accidentally did s--had an accident while baking something. Tell us.

Doug: I did. Uh, my mother's birthday's around Thanksgiving. So every year, somebody in my family gets assigned to make the birthday cake, and last year, it was my turn, and I made the cake and I thought everything was fine, and when she cut into it after blowing out the candles, the knife stopped and hit something really hard, and--couldn't figure out what it was, and then we pried it apart, and I had accidentally left a spoon, metal spoon, in the cake.

Doug: I didn't do it again this year.

Alex: Good. Don't give up your day job.


Alex: Bing Huo from Sunnyvale, California, is a mechanical engineer, and as a college freshman, appeared on another popular game show, which is...

Bing: Right. I was on The Price Is Right.

Alex: And you won?

Bing: I did pretty good. I won two cars and a bunch of other stuff.

Alex: You still have the cars?

Bing: I do. I have--I'm still driving the same car.

PAUL REVERE $400: Revere also made glasses & surgical instruments, but his artistry in this material was the focus of his professional life

TRIPLE STUMPERS IN THE JEOPARDY! ROUND
HOBBITS' OTHER ROLES $600: Billy Boyd (Pippin) served as Russell Crowe's coxswain in this period piece

HOBBITS' OTHER ROLES $800: You may remember that Ian Holm (Bilbo) portrayed the complicated android Ash in this Ridley Scott film
(Bing: What is Blade Runner?)
(Anne: What is Escape from New York?)

ANAGRAMMED EUROPE $600: I saw a heron wading in this river

SAN FRANCISCO ATTRACTIONS $1600: Frommer's says this intersection "retains much of the hippie-Bohemian culture of its heyday"

TRIPLE STUMPERS IN THE DOUBLE JEOPARDY! ROUND
I'M GONNA HURL $400: In 2010 Roy Halladay of this team threw 2 no-hitters--one in the regular season & one in the postseason
(Bing: Who are the Tigers?)

AROUND THE LITERARY WORLD $2000: This Frenchman dedicated his book of poems "Les Fleurs du mal" to his friend & fellow poet Theophile Gautier

VENUSIAN MONOLOGUES/MARTIAN CHRONICLES
Four-fifths for first place.
Bing: Wager $16,401 to cover Anne.
Anne: You're faced with a legitimate choice in strategy. You can either choose to cover Doug, hoping that you give the correct response and Bing doesn't, in which case you'll want to wager $15,201 to cover Doug's doubled score, but no more than $15,600 if you want to top Bing on a Triple Stumper; or bet up to $999 and win if both Bing and Doug miss Final.
Doug: You ought to try wagering between $1,001 and $14,200. This will top a $0 wager by Anne while still beating Bing and Anne on the Triple Stumper (should Bing wager to cover Anne's doubled score and Anne wager to cover your doubled score).

FINAL JEOPARDY! CLUE
His widow Maria Elena & actor Gary Busey were on hand when his star was dedicated outside Capitol Records in 2011 MISCELLANEOUS INTERESTING CLUES
THE "BRITISH" ARE COMING $400: 2-word term for the rapid U.S. popularity of bands like the Rolling Stones in the 1960s
(Doug: What is the British Wave?)

TRANSPORTATION $800: This vehicle is seen in 19th-century Japan, the time & place it was invented

BEGINS & ENDS WITH A VOWEL $400: Aloha! It's the instrument heard here

AROUND THE LITERARY WORLD $1200: The "Mabinogion" is a collection of Celtic tales & lore from this United Kingdom country
(Anne: What is Ireland?)
(Bing: What is Scotland?)

I'M GONNA HURL $1200: Forms of this field event, in which a 16-pound object is hurled, were once practiced at festivals honoring Thor
(Ane: What is discus?)

April 9 came SOOOOOO much faster than I thought it would. Thanks to everyone for the retro luck. Enjoy the show today/tonight.
Lifelong enthusiast. Season 28 contestant.
Top

23 right today. For the Black Hawk clue in the first round- does my response of "chopper" count instead of helicopter?

Did not guess FJ correctly. I went with Paul Newman.
Top 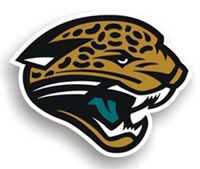 retro luck to you, doug
Top

PS: Was any members of Weezer at the dedication ceremony?
Top

I would not have known.
Top

PS: Was any members of Weezer at the dedication ceremony?

That song got in my head the second I figured out the correct response.

I'll leave others to analyze wagers and DDs. In the meantime, congrats Doug!
Top

Wouldn't have gotten to Buddy Holly if you'd given me all day. I keep forgetting how famous he is — his name just doesn't seem to come up that often.
Ten Pound Hammer

I just about hurled something at the TV when Anne changed her wager on the last DD. I have no idea what she was trying to accomplish with that wager.

FJ had me all over the place. The widow's name rang no bells, I could not think of a Gary Busey connection, the year had me thinking of people who might have died recently, and Capitol Records pointed toward a musician. Even with more time I would not have come up with Buddy Holly.
Top

It's not often I get an TS in Final, but it happened this time. For me this may have been the insta-get of insta-gets, as I had it well before Alex finished reading the clue. Now, would I have gotten it if I hadn't seen the movie when I was 11? Probably not.

I agree with DWS about Anne's DD wager. If you're going to go that big, you may as well bet to go ahead.
Top

I never knew Wales was also considered Celtic. Nasty trap of a clue — just "pick one of the three".
Ten Pound Hammer

I know it's almost required in a category about SF, but Lombard St for $2000 when spotted just about every TOM possible?

That grinding sound you heard was my brain struggling to process and correctly answer the math clues before the contestants rang in, though I did go 5/5. I don't think I've even seen most of those formulas in the last 15 years.

Doug527 wrote:April 9 came SOOOOOO much faster than I thought it would. Thanks to everyone for the retro luck. Enjoy the show today/tonight.


Congrats on your win!!!!! I did not know a boardie was on the show. I apologize for cheering for Anne, my wife drives a school bus.

I got FJ only because I remember reading that Busey had played Holly when he starred in the horrible Bear Bryant movie. Otherwise, I'd have been stumped as well. At least Doug was on the right track plane. Ice T? A shame such a well played game had a downer of an ending.

I did not do too well in Europe, the clue was taken down too quickly for me to read it all. But I did sweep math.

I never knew you could change your DD bet.
Top

That one required you to know that Busey played Buddy Holly in the biopic. Luckily, I *did* know that. If you didn't, you were never going to pull that one out.
Not many people can say they've lost four times on Jeopardy!.
Top

The only acting role I know him for is Booga in Tank Girl. Nostalgia Critic had a bit on that: "All right Ice-T, I know you got a lot of projects in the works, but just listen to this movie role." "Yeah, okay." "…………………You're a kangaroo—" "[BLEEP] YEAH!!!!"
Ten Pound Hammer

The math category was ridiculously easy. I liked this board, except that the geographic wordplay category stunk.


teapot37 wrote:That one required you to know that Busey played Buddy Holly in the biopic. Luckily, I *did* know that. If you didn't, you were never going to pull that one out.

Yep, this was a "you know it or you don't" kind of FJ clue. Unfortunately the only movie role that Gary Busey has had that I could recall was Chet Steadman, so I had no chance at it.
Top

Congratulations, Doug! Well done! Personally, I was quite surprised that was a TS. Pretty much an instaget here.

As for Anne's DD, which also had me throwing things at my set (although it didn't matter in the end) gave rise to a question in my mind: has anyone run the numbers on what percentage of time the winner is: a) the leader, b) in second, and c) in third? My gut feel is that you actually win more from third than second, but maybe that's only when third isn't locked out. I guess they can be trailing badly a good percentage of the time. Anyone have the answer?
Top

teapot37 wrote:That one required you to know that Busey played Buddy Holly in the biopic. Luckily, I *did* know that. If you didn't, you were never going to pull that one out.

You would if you had read about his widowed bride.

DWS wrote:I just about hurled something at the TV when Anne changed her wager on the last DD. I have no idea what she was trying to accomplish with that wager.

I also agree and suspect a moment of panic. The $2000 saved in case of being wrong did not make a difference since it looked like Doug would have kept her locked out. I wasn't a middle child, but I hate being in the middle on a close three-way game, since second usually has to cover third with a big wager that throws away a TS win possibility. So it was either go for the lead, or if you hate the category or $2K difficulty, maybe angle for a FJ TS by staying a close third and keeping a chance of winning in spite of a wrong response on the DD.

I see a Board member won. Congrats Doug!

The shocking stand-and-stare of the day was Roy Halladay's team in 2010.

I found DJ really easy, sweeping through math, SF, Business Letters and almost two others. However I did not know Gary Busey's role, so I was lost on Final J!
Top
Post Reply
85 posts