A message board for fans of the Jeopardy! television show. MattKnowles is our JBoardie of the Month!

If only there was a place that could help.

Just change the season number at the end to see more.

And, wow, James' effect on the Season 35 numbers is astounding.
Top

I have data going back to season 28 showing the regular play contestant, regular play challenger, and board FJ get rates, which I may update at the end of the season. The board averages are always much higher, but Season 32 had a smaller gap and Seasons 36-38 all had a particularly large gap. Season 27 had lots and lots of triple gets on the show, but the board get rates are mostly lost to history on the long-dead Sony board.
Top

trash: more trash: kudos to Jeff for going all-in on DD3 and getting it.

TenPoundHammer wrote: ↑Thu Jun 23, 2022 2:50 pm Since when is Tom Petty "southern rock"? Neither AllMusic nor Wikipedia categorizes him as such.

TenPoundHammer wrote: ↑Thu Jun 23, 2022 2:50 pm Since when is Tom Petty "southern rock"? Neither AllMusic nor Wikipedia categorizes him as such.

I just went with Farragut's Damn the Torpedoes, but I could not have named the artist...
And I am a boomer who enjoyed Tom Petty, but at some level, aside from the Wilburys, I considered him a singles producer. Great, great singles that I love, but never bought his albums.
Sheesh---and I never thought of him as a southern rocker--his early sound reminded me of the Byrds. I know he was from Florida...

I said "Full Speed Ahead."

Andrew apparently didn't realize DD3 was still on the board when he went to the top of PUBLISHED POSTHUMOUSLY. Jeff did, and he made it count.

Am I the only one who got gotten by the Apennine/Pennine negbait?

I guess even the losers get lucky sometimes.

Tome!
Sprinkles are for winners.
Top

One day left. This is so exciting.
Top

" ... a Civil War quote by a Union admiral."
how many *other* union admirals can you name? who commanded the monitor? or the hunley?
so it's gotta be an instaget.
this boomer had never heard of the album or had a guess at the artist.
Top

Never knew he was a Southern rocker.

Got the quote right away but never heard of the album. So is it the first three words, the last three, or the whole thing? Decided having a swear word in the title makes it edgier so I went with the first three.
Top

I went with Damn the Torpedoes because Full Speed Ahead would not be a unique quote. Lots of admirals have said that. Admittedly, the unknown Southern rocker might have named the album Full Speed Ahead and then clarified that he was referencing the longer quote unique to Farragut. But that seemed less likely than that he used the part everyone recognized as a quote. I didn't give much thought to the possibility that he used all 6 words in the title.

Like others, I did this without knowing who the Southern rocker was or recognizing the title. If I'd had to name the musician, Tom Petty would never have come to mind. Southern California rocker? You bet. Southern? Not that I was aware of.
Top

I was at first thrown by "southern rocker" as the reference was merely geographic and not stylistic. Fans of Petty know that he's from Florida but to include southern in the clue only serves to mislead. How the writers didn't realize that is beyond me.

Jeff Weinstock is 1/3 of the way towards the 6 game minimum win streak. He's also fortunate that he got to explain the chin gesture as he might have been subject to an online hate campaign accusing him of being a white supremacist.
Top

As soon as I see a category like "Classic Albums", I curl into a fecal fetal position and await my punishment. If I had peeked between my fingers and seen the "Union Admiral" TOM, I might have had a shot at the answer, but I don't think I'd have got past the Merrimac and Monitor as far as naval kerfuffles. Thus ended my 3 for 3 week. I tried to approach it on the music side and was distracted by the implied solo performer artist. Since Lynyrd Skynyrd isn't a person, I had no other group names, much less album titles. I'd wag "Sweet Home Alabama", which is actually from an album "Second Helping".

I thought Jeff might pull this FJ out - he could have been a closet Beatlemaniac, hard rocker, Disco Stu, headbanger, grunge and hip-hop fan. It's tough for the Canadian (Whitney) to get a Civil War question, although their school system probably teaches it better than ours. We are too busy pretending that it wasn't about owning people.
(from Texas Geography textbook)


I don't keep score and notice category runs unless played consecutively, but I blew up the four letter word category, and I didn't even use any of my A material

triviawayne wrote: ↑Thu Jun 23, 2022 3:18 pm For whatever reason, my pen immediately wrote "heart of gold"...I have no idea why. I spent about 27 seconds thinking before writing "damn" and time ran out.

Maybe Neil Young popped into your head (despite his being Canadian) due to “Southern Man.” That happened to me at first.
Top

opusthepenguin wrote: ↑Thu Jun 23, 2022 10:27 pm I went with Damn the Torpedoes because Full Speed Ahead would not be a unique quote. Lots of admirals have said that.

That's how I figured it, but "Full Speed Ahead" does seem a more natural album title. Or even "Four Bells" (i.e., "full speed ahead", which is how some sources have the quote).

I did know Petty was from Gainesville, whatever that makes him.

Anyway, glad to have got the FJ as Farragut is another neighbor of mine: 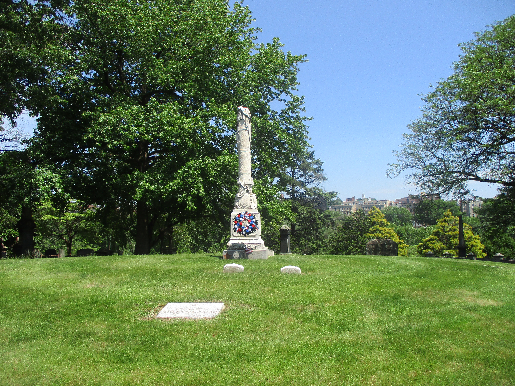 I could only think of two possible solutions for FJ and picked the correct one. Yea me!!
Top

triviawayne wrote: ↑Thu Jun 23, 2022 3:18 pm For whatever reason, my pen immediately wrote "heart of gold"...I have no idea why. I spent about 27 seconds thinking before writing "damn" and time ran out.

Maybe Neil Young popped into your head (despite his being Canadian) due to “Southern Man.” That happened to me at first.

The more of a sheetshow this season becomes every day, the more I am glad I didn't end up on the show in this time frame. Although...once more unto the breach tomorrow morning.
Total game show career losings = $171,522
Top
Post Reply
61 posts