That's a category I would most likely have Clavined. Needless to say, instaget.
Top

Well, $153,800 is now good for the Top 10 all-time, demoting Brian Weikle to 10th in winnings. Even another $30,000 win will bring him to 7th, just behind Tom Walsh. Also, Anthony Fox is now officially the Tournament alternate, as this win has bumped him out of it. Congrats to Mark for that, and Anthony, well, you tried!

As for me: Was this Jeopardy round a bit too easy to anyone else? I got 28 / 30, pardoning two blows in Atilla The Hungry. The board fell right where I liked it, and since I don't normally get much above 25, its pretty rare this happens. Double Jeopardy: I got 21 / 30, the Dreaded Musical Category came up. I got 2 out of it. Final Jeopardy was instaget.

I have to leave for New York at 8 AM tomorrow, so I will see Jeopardy but probably not track my score. Will cheer Mark on to his 5th win though. Congrats, you now have quite the competition to face come Season 28.
Adam Seth Moss
DoorDasher (since May 7, 2020)
M.A. History, Western Illinois Univ, 2017
B.A. History (minors in PoliSci & PubAdm), Montclair State Univ, 2015
A.A. History & Education, Middlesex County Coll., 2013
Top

So it's official... our own Samer will face the now-TOC-bound Mark on tomorrow's show. Should be a good one!
Top

Sports Movies
Their team colors were yellow & white & they were originally sponsored by Chico's Bail Bonds.

No clue on FJ, but Sports Movies aren't really my thing. Said "Mighty Ducks" just to have something to say. Oh well, at least I ran the Business & Finance category - that was some easy stuff!

Alex certainly looks dashing in his Dead Sea mud mask, but that long-winded video clue all boiled down to "Name the element with symbol Mg." Pretty overvalued at $2,000.

For a good chunk of this game, it felt like Zac Youngblood had a real chance of winning. Unfortunately for Zac, the two Daily Doubles in the Double Jeopardy round didn't go his way, with him losing $4,000 and Mark Runsvold picking up $5,400. Still, a very worthy attempt by Zac - I think he could have won on another night - and a respectable showing by Maria Boyland as well. Congrats to Mark on the win, and on his now almost certain invite to the next ToC.
Top

Not common, but acceptable. I wish EBITDA was in the $2000 slot. I once had an unsophisticated client ask me about looking at the company's "Evita". It took a lot not to totally crack up.

Well, Samer, to you who are about to die, we salute you. Good going again, Mark!
Top

Wow- impressive win by Mark against a very tough pair, especially Zac who looks like he could've been a winner on most other days; heck, even Maria qualifies there.

Love the way he gets steely-eyed on the DDs. When he rang in on the last clue, you just knew he was getting the lock. As Alex said, he can do the math, and at the time he already had a lock; getting the last one wrong robs him of it, and puts both opponents in contention in FJ (especially if either rebounds). No reason to even try unless you were sure.

Still and all... wow, that would set up an interesting wagering scenario. Let's give Mark a miss and no rebound. Here are fake scores into FJ:

Roadgeek Adam wrote:Also, Anthony Fox is now officially the Tournament alternate, as this win has bumped him out of it. Congrats to Mark for that, and Anthony, well, you tried!

Couldn't Anthony Fox technically still have a shot, if Mark were to go on a Ken Jennings-like run. I know that no one really knows for sure, but I was wondering what anyone's best guesses are for how many more times he would have to win to reach the TOC as the reigning champion. I'm guessing somewhere in the neighborhood of 42-52 more times. Yes, I know it's highly, highly unlikely, but hey, it's fun to speculate, right?

If I'm not mistaken, wouldn't there have been a player sitting in the exact same position as Anthony Fox is right now back in the summer of 2004? Assuming that anyone back then was tracking the TOC standings, and that they had some idea when the next TOC would be held, wouldn't #15 in the standings have assumed he was out of the running as soon as KJ won his 4th or 5th game, only for people to realize as Ken's run went on and on that that player could actually get back into the TOC if Ken failed to lose a game before it was time to tape the Tournament?


Roadgeek Adam wrote:As for me: Was this Jeopardy round a bit too easy to anyone else? I got 28 / 30, pardoning two blows in Atilla The Hungry. The board fell right where I liked it, and since I don't normally get much above 25, its pretty rare this happens. Double Jeopardy: I got 21 / 30, the Dreaded Musical Category came up. I got 2 out of it. Final Jeopardy was instaget.

I actually had the opposite results of yours, as I got 17 in the J! round, around average for me, but then got 22/30 in DJ, which is a number I very rarely reach, and that included botching a couple of the business abbreviations that I should have been able to come up with. There were definitely some categories right in or around my wheelhouse tonight, as I swept the Presidents, Elements, "Right", and We Gotta Go categories. A few of the clues in the Presidents and Elements categories were just ridiculously easy, such as name the elements that H and N stand for, and for $2,000 what element is Mg? I thought that the Presidents category might get really interesting after first asking the players to name 1 Zachary, 2 Andrews, and 3 Williams, I thought maybe they would ask for 4 or 5 answers from the groups of John or James. That would have been interesting to see.
Top

jeff6286 wrote:Couldn't Anthony Fox technically still have a shot, if Mark were to go on a Ken Jennings-like run.

Yep. No one can be eliminated until the champ loses.
Top

I thought that this was a really, really ridiculously easy board.

Mark once again benefited from an opponent missing a Daily Double. The math indicates that it didn't matter, but if Zac had known the correct response to the Daily Double then the momentum could have stayed with him and the result could have been different.

Mark has shown that he can win against tough opponents. I would still like to see how he can do on tougher, ToC-level material, but I am guessing that he would do just fine.
Top

jeff6286 wrote:Couldn't Anthony Fox technically still have a shot, if Mark were to go on a Ken Jennings-like run.

Yep. No one can be eliminated until the champ loses.

Yeah, even though those chances are about 1 in never. 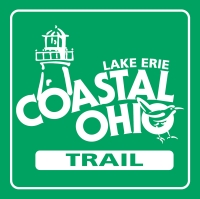 Was it just me, or were tonight's clues ridiculously easy? I had a Coryat of around twice my average, ran the Synonyms within Synonyms category, and got 4/5 in Broadway Musical Songs. I also got FJ, but I had to think about it.

Congrats to Mark to virtually clinching a berth in the TOC, whenever that will be.
Top

Congrats to Mark on punching his ticket to the TOC.

Easy board (I got 23 and 28 in the SJ and DJ rounds); and another easy FJ. It's a shame that Zac missed such a gettable DD, as the 10,000 or whatever point swing sure would have made things interesting.

Particularly unchallenging, I thought, was the "synonyms inside" category; I found all 5 of them ridiculously easy.

Meaning no disrespect to Mark, but I was rooting for Zac after he revealed that he had tried out 10 times before getting The Call (although he didn't indicate whether that means he was actually in the contestant pool 10X, or if there were some auditions in which he non-passed the test, since his efforts to get on the show go back long before the online testing era).

Minor point, but I wondered about whether Zaz's response of just "Lautrec" (for monsieur Toulouse-Lautrec) was sufficient or should have elicited a BMS or something.
Follow me on twitter, even though I rarely tweet! https://twitter.com/hbomb_worldwide
Top

What about when Alex prompted her that she needed to name *3* presidents? Sheesh!
Top

hbomb1947 wrote:Minor point, but I wondered about whether Zaz's response of just "Lautrec" (for monsieur Toulouse-Lautrec) was sufficient or should have elicited a BMS or something.

It's consistent with Margaret Metcalf's response in my first episode, where she said "Dreyfuss" (for Julia Louis-Dreyfuss) and it was accepted. [FWIW, I didn't have a problem then, nor now with it.]
Top

No one getting Dreamgirls was shocking in a game with a 48,000 combined Coryat. I had little time to gloat as I followed that up with the guess of Camelot for my lone ring-in error of the night.

Zac missing Guatemala for 4000 on the DD was unfortunate for Mark as it robbed him of 8000 plus in the wallet. That was a very hittable DD clue.

My precall for the FJ category was a 2 of 3 looking for Best Picture winners. Instead of being some kind of brainbuster it was a no-brainer. I say ask the clue the other way and ask for the sponsor to see who really knows their sports movies.
Top
Post Reply
39 posts