OPENING REMARKS
Alex: Thank you, Johnny. Thank you, ladies and gentlemen, and welcome to the first of our semifinal games in our College Championship. We're now into the, uh, big money rounds. Whoever wins today comes back on Monday and Tuesday to play in the finals, and is guaranteed at least $25,000. The two players who do not win today go home with $10,000 in cash. So serious money for young people. Monica, Tyler, Weston, good to have you back with us. Good luck. Let's go to work. Jeopardy! Round. And here are your categories...

Alex: Monica Thieu from Dallas is a collector--she has 70-some bottles of nail polish, and your major is psychology. Tell me, as a psychology major, what does that say about you?

Monica: Well, I don't know. I find the fumes calming. It's probably bad.

Monica: But it's gotten me here, so I guess I should just keep on going.

Tyler: Well, you know, most marching bands don't have halftime jokes, Alex. But at Columbia, the rest of the Ivy League schools, and, uh, Stanford and Rice also, there's what's called a scramble band or a scatter band. There's no formations, no funny hats with feathers, we mostly just run around, say funny things in a microphone, and then we'll stop and play a song, and hopefully, it sounds pretty good.

Alex: Can't wait for the next one.

Weston: Uh, no, the nature of what I was speaking on was international. Um, this was for speech and debate in high school. The event I did was called International Extemporaneous. Um, so for that event, I would get, uh, three topics about international policy, have half an hour to pick the one I liked and prep a speech on it, and then deliver a 7-minute speech without notes, and, uh, see how well I did.

COLLEGE "M" $1000: Founded in 1800, this liberal arts college has the Adirondacks to the west & the Green Mountains to the east
(Tyler: What is Marlboro College?)

TRIPLE STUMPERS IN THE JEOPARDY! ROUND
KNOW YOUR CONSTITUTION $1000: The president, "with" these 2 types of input "of the Senate, shall appoint...judges"

YAY, PHYSICS! $800: (Jimmy of the Clue Crew holds a flying toy.) The flying spaceman's twin rotors spin in opposite directions, keeping him from spinning out of control by canceling out the effects of this rotational force

THE 21st CENTURY $1600: Named for this San Franciscan, the USA's first public high school for gay students opened in 2003

TRIPLE STUMPERS IN THE DOUBLE JEOPARDY! ROUND
ROGET'S MEETS BARTLETT'S $400: Chums, imperial citizens, compatriots, allow the borrowing of thy hearing organs
(Tyler: What is "Friends, Romans, countrymens, lend me your ears?")
(Monica: What are ears?)
...
(Alex: Tyler, you threw in an extra "S". You said "countrymens".)

ON CABLE $2000: This MTV comedy stars Ashley Rickards as high schooler Jenna Hamilton; can you say...

VENUSIAN MONOLOGUES/MARTIAN CHRONICLES
Four-fifths for first place.
Weston: Wager $14,201 to cover Tyler.
Tyler: You're faced with a legitimate choice in strategy. You can either choose to cover Monica, hoping that you give the correct response and Weston doesn't, in which case you'll want to wager $8,801 to cover Monica's doubled score, but no more than $12,800 if you want to top Weston on a Triple Stumper; or bet up to $3,399 and win if both Weston and Monica miss Final.
Monica: You ought to try wagering between $3,401 and $5,400. This will top a $0 wager by Tyler while still beating Weston and Tyler on the Triple Stumper (should Weston wager to cover Tyler's doubled score and Tyler wager to cover your doubled score).

FINAL JEOPARDY! CLUE
An inspiration for this character introduced in 1929 was 15-year-old Palle Huld's 1928 44-day voyage around the world MISCELLANEOUS INTERESTING CLUES
BUZZ BANDS $400: Put on your gas mask before completing the deadly name of the band heard here: The Airborne...

BUZZ BANDS $800: Get out the tranquilizer gun! Time to round up the rampaging circus animal that's this band

COLLEGE "M" $600: Using the colors of its state flag, this ACC university made a bold 2-sided fashion choice for its football team in 2011

YAY, PHYSICS! $1600: (Jimmy of the Clue Crew holds a book against the wall.) Abbreviated "N", it's the ordinary term for the perpendicular force I'm exerting on the book to keep it in contact with the wall

ROGET'S MEETS BARTLETT'S $2000: That man is able to move swiftly on foot, yet will not succeed in concealment
(Tyler: What is "You can run, but you can't hide"?

You know how sometimes, the writers will come up with a category that just makes you say, "Why?" Roget's Meets Bartlett's was one of those categories.

Omg she won, this is why i hate fj. At the end of the day it is all that matter
Top

Even though I ran it, I despised that Roget category. May it burn in hell. At least it didn't affect the outcome, because of the sole FJ get.

Got FJ. The year didn't help, the bit about the trip around the world didn't ring a bell, but the foreign sounding name got me to Tintin about 20 seconds in. I...don't know if that's how we were meant to solve it

I meant to put it here. I am shocked she won. I hate fj but it was close. Was roting for weston
Top

I actually liked the Roget/Bartlett category. No chance on FJ for me, I went with Sinbad just to have something.

Can anyone explain the logic behind any of those FJ wagers?

I also disliked the Roget's Meets Bartlett's category. Given his earlier negs in that category, Tyler should've avoided ringing in on the last clue, which cost him the lead going into FJ (not that it mattered in the end).

FJ was a near-instaget. The combination of a European-sounding name, a young boy who traveled the world, and the category title pointed me to the correct response. The year seemed to fit, too.

DWS wrote: FJ was a near-instaget. The combination of a European-sounding name, a young boy who traveled the world, and the category title pointed me to the correct response. The year seemed to fit, too.

My thought process as well.
Top

Did anyone get Tintin? I had no idea Tintin was about travelling the world.

What was up with the wagers? They were wayyy uber conservative. It was basically anyone's game and she got it right. All I am asking for is that cocky Stanford kid loses.

Come on, he got aligned in the easiest match-up of him, a freshman, and a soph in Monica.

Was fine with any one of the three to advance.

I also agree the Bartlett's that always come up are annoying. What can't they just give classical quotes from literature/speeches?
Last edited by CyrusChan on Wed Feb 08, 2012 8:09 pm, edited 1 time in total.
Top

I had no shot getting Tintin, I went immediately to Super Heroes and well, yeah.

The bets were mindboggling. The leader doesn't bet 2x+1 the next closest player (or even third place), second place doesn't lock out third (and in fact makes it reasonably probable he'd be taken over), and third bets it all in a situation. I have to wonder if the group talked betting strategy before the game and they were trying to outsmart each other.

I hated Roget's/Bartlett's because I hate categories where you have to give a very long answer exactly. I got 3/5 there, but couldn't remember what phrase went with "multiply", and couldn't decipher the home of the brave one at all.

I knew Tintin because a Belgian exchange student gave me a few books about 15 years ago, and I enjoyed them. However, I never took the age in the clue as a TOM, and was hung up trying to think of anyone who went around the world. Then with "comics" as the category, I was stuck in superhero land. Hmm. Around the world. Superhero... someone going around the world fast... Flash?

Even when he said "Steven Spielberg movie", I was still stuck on superheroes and had no clue what he was talking about. Then when the answer was revealed, I said, "oh yeah, duh, that new movie Tintin Explores the Uncanny Valley."

You watch. Someday they'll have a clue about one of the few comic books I do read (Usagi Yojimbo, Tank Girl, Bone, Sonic the Hedgehog).
Ten Pound Hammer

But if Matt from Stanford gets to the final he'll be up against today's winner whom he dominated in the 1st round. I think he wins it all and unlike today's idiot in the middle he actually made a big DD wager to put himself in a good position. The guy in the middle had no business even ringing in on that last clue before FJ. He had a $2600 lead, just don't answer it and you're guaranteed to go into the finals with the lead which is what you always want.

I've never heard of TinTin. Didn't even know it was a Speilberg movie. And the Rogets Bartlett category was horrific.
Top 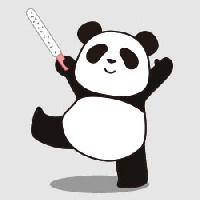 I ran the Roget's category, but hated it every step of the way.

My brain's first response to FJ was Phileas Fogg, before I could remind it of both the category and the year given. Tintin came shortly after that, but I wasn't sure at all until Alex mentioned the movie.

Roget's meets Bartlett's was very poorly done IMO. The first clue, I couldn't tell if they wanted the quote or the work referenced or WTH they were going for. And do the judges seriously think he said "countrymens"?

FJ was a SWAG.

And Awkward? NHOI and never will again.
Top

I heard countrymens. I'm kind of glad FJ turned out the way it did, since Tyler had a few of those ultra-close misses that took him out of the lead. Would have been bad to lose because of that.

Guess we know who saw the movie!
And I'm sure Tyler could have thought of Middlebury had he taken five more seconds. He answered too hastily.
Top

Well, that's what I heard, but then more than once I've objected to a judge's decision because "s/he clearly said" and essentially everyone in here says I'm nuts (not objecting, just stating the case for the apparent inaccuracy of my hearing).

Why was Tyler answering the last 2,000 clue with a 2,600 lead? ultimately it didn't matter, but, seriously?
Top
Post Reply
58 posts