OPENING REMARKS
Alex: Thank you, ladies and gentlemen. Thank you, Johnny. Hello, everyone. Rebecca had a good time on yesterday's program. You can tell by the way she's smiling today as she gets to face Lynn and Natasha. Welcome aboard and good luck to all of you. Here we go into the Jeopardy! Round. We'll get right to it with these categories...

Alex: Welcome back. If you were watching our show yesterday, you know that our champion, Rebecca, was on Jeopardy! before. There was a problem in Final Jeopardy! and to be fair to her, we brought her back. Well, the first player we introduced on the program today, Lynn Klyde-Allaman has also been on Jeopardy! before, but in an entirely different and unusual way. Tell the folks.

Lynn: Yes. I was on Jeopardy! in 1968. My mother was pregnant when she was on the show with Art Fleming.

Alex: Well, good for you. Nice to have you here.


Alex: Natasha Go is from Sunnyside, New York. This young lady grew up with how many birds?

Natasha: Everything from parrots to parakeets, and I was featured in Bird Talk magazine when I was a kid with all my birds like this.

Alex: All your birds. Did you have a favorite one?

Alex: They're not watching, you know.


Alex: And now our champion, Rebecca Zoshak. When you were a kid, you had ambitions. But those ambitions in life would change every time you watched a different television show?

Rebecca: Yeah. Well, not every time I watched a show, but when I had a new favorite show. So when it was--I loved Matlock as a child, I wanted to be a lawyer, and then I watched MacGyver a lot and my dad told me that he was probably an engineer, and I should be an engineer. And then I realized it was an issue when I had a lot of interest in becoming a hitman and thought, "Maybe it's the magic of the entertainment industry and not the specific businesses."

TRIPLE STUMPERS IN THE JEOPARDY! ROUND
NEWS OF 2017 $800: Soprano Audrey Luna hit the note known as A above this, a first in Metropolitan Opera history

VERY POSSESSIVE $1600: According to Boyle's Law, this in a gas increases whenever the volume of its container decreases
(Natasha: What is density?)

FORESTS $1600: The Cedars of God area in this country contains remnants of an extensive ancient forest
(Natasha: What is Syria?)

SING A SONG OF $1600: Bette Midler copied a movie title with a "Song Of" this woman from Lourdes--"she saw the queen of heaven once"

VERY POSSESSIVE $1200: As cars were so new, in 1904 this British company's first policy for one called it a "ship navigating on land"

FORESTS $1200: As its name indicates, this type of forest such as Monteverde in Costa Rica is higher than a rain forest & cooler

VERY POSSESSIVE $2000: In the 1730s England went to the War of Jenkins' this body part, allegedly cut off by Spaniards
(Alex: Less than a minute now.)

VERY POSSESSIVE $400: Writing in his journal in January 1806, he gave Clark's Mountain, Oregon its name

AVIATION HISTORY $1200: In the mid-1800s George Cayley sent a 10-year-old aloft on a "governable parachute", which we call this type of aircraft
(Lynn: What is a hot air balloon?)

AVIATION HISTORY $1600: With H. Ross Perot Jr. aboard, the Spirit of this state is seen here completing the first round-the-world helicopter trip
(Lynn: What is Connecticut?)
...
[The end-of-round signal sounds.]

VENUSIAN MONOLOGUES/MARTIAN CHRONICLES
Two-thirds for first place. Stratton's Dilemma.
Rebecca: Wager $4,801 to cover Natasha.
Natasha: You ought to wager to cover Lynn, but since you cannot win on a Triple Stumper if you do so, you should choose between wagering $0 and maximizing your winnings by betting all $9,000. You are in Stratton's Dilemma, calling for a wager of more than $8,600 (to shut out Lynn) or less than $600 (risking the possibility of being passed from behind by Lynn). Go with the smaller bet if you believe a Triple Stumper is more likely than a singleton miss by Rebecca.
Lynn: Consider risking between $201 and $400. This will top a $0 wager by Natasha while still beating Rebecca on the Triple Stumper (should Rebecca wager to cover Natasha's doubled score).

FINAL JEOPARDY! CLUE
The Greek islands of Lesbos & Rhodes are each about 10 miles from the mainland of this other country MISCELLANEOUS INTERESTING CLUES
LOCATION VACATION $400: If you want to see the pavilion where Liesl was "16 going on 17" in this movie, head to Salzburg's Hellbrunn Castle
(Rebecca: What is Austria?)

MIDDLE INITIAL E. $400: In 1915 bond dealer Charles E. Merrill took on a business partner with this last name
(Natasha: What is Schwab?)

FUN WITH BACKWARDS WORDS $1000: A backwards state name, Ak-Sar-Ben has been on the name of a racetrack & coliseum in this Midwest city
(Natasha: What is Kansas City?)

MIDDLE INITIAL E. $200: He's the mascot for the pizza and play place where a kid can be a kid
[The end-of-round signal sounds.]

6 PENS $400: Salute this man for holding two pens used for signing the German surrender at Reims in 1945

6 PENS $800: Here's a Candide painting of this pensive Frenchman

6 PENS $1200: The pen shares this name with geologic feature on the left

FINAL JEOPARDY! CLUE
The Greek islands of Lesbos & Rhodes are each about 10 miles from the mainland of this other country

I’ll consider it appropriate that I ran MIDDLE INITIAL E. since I have one.

“B” PREPARED $1600: This adjective means characteristic of the lord who penned “Childe Harold’s Pilgrimage”

Rebecca was correct with adding -ic to the man’s name. I took a neg with adding -esque and now wonder if that gets by the judges as well?

This article is about Lynn’s appearance on the show including her story about her mom on the Fleming version she talked about during chat time: https://www.greeleytribune.com/news/loc ... -jeopardy/

It’s the FJ! round, so I get to take a guess. I wrote the correct place with no real knowledge of where to actually place the Greek islands. My thinking was east was best while wondering about west towards Italy.

That would have been wild if Natasha had bet 200 and activated a 8800 tiebreaker. Instead Lynn got by with her sole solve and zero bet. What would have made me laugh is if Natasha tried to do a Lisa and finished with 8400 and Lynn anticipated that and fell to 8401.
Top

Near-instaget FJ. Not because I knew it cold, but because I figured it was either west or east, and I couldn't remember which Balkan state was closest to the west (and Italy felt like it was too far), so chickened out and picked Turkey. They all count.
Top

MarkBarrett wrote: ↑
Thu Mar 22, 2018 6:19 pm
It’s the FJ! round, so I get to take a guess. I wrote the correct place with no real knowledge of where to actually place the Greek islands. My thinking was east was best while wondering about west towards Italy.

My 50-50 was between Turkey and "Macedonia" before deciding that I didn't think Jeopardy wanted to weigh in on the FYROM debate, and went for Turkey instead.
Andy Saunders
Moderator, #JeopardyLivePanel
Host, Complete The List
J! Archive Founding Archivist
Site Admin - The Jeopardy! Fan
Top

I would have thought the reference to “mainland” in the FJ clue would have steered them away from Malta and Cyprus.

Instaget for me, mainly because I knew Lesbos was very close to Turkey - less sure about Rhodes. I think there was also news coverage in the last couple of years about refugees trying to get across to Lesbos from Turkey as one of the shortest ways to get into an EU country.
Top

Leander wrote: ↑
Thu Mar 22, 2018 7:44 pm
I would have thought the reference to “mainland” in the FJ clue would have steered them away from Malta and Cyprus.


I wish I had considered this. I knew Malta is way too far west but I did go for Cyprus.
Never been on J!, but once won a knockoff version that aired on local access TV.
Top

I definitely had a favorite clue tonight: 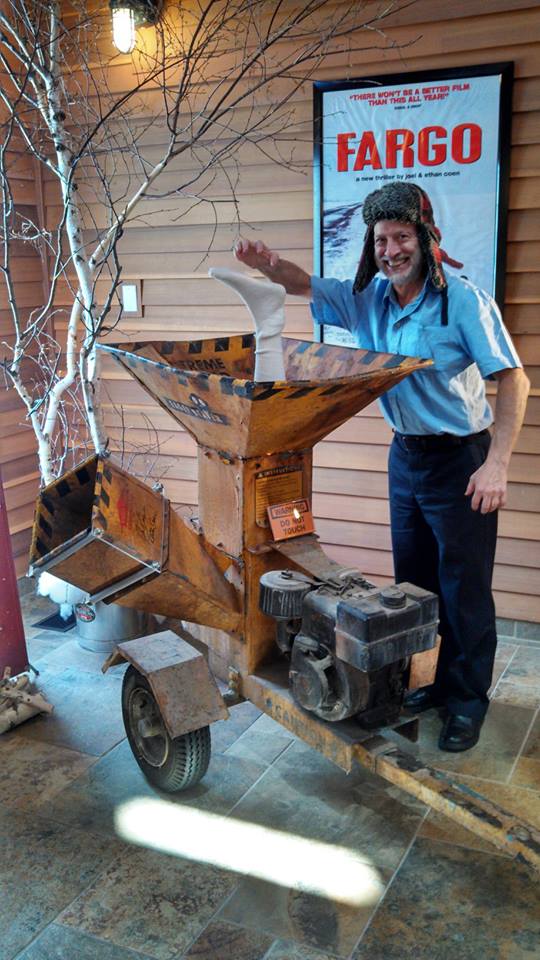 Instaget. The proximity of some of the Greek islands to the Turkish mainland is part of the reason for their mutual enmity.
Top

the clue mentioned mainland...how does one choose cyprus (an island) as the country? and malta for that matter? even if the mainland was overlooked, malta way to far west to be considered as an answer
Top

OntarioQuizzer wrote: ↑
Thu Mar 22, 2018 7:42 pm
My 50-50 was between Turkey and "Macedonia" before deciding that I didn't think Jeopardy wanted to weigh in on the FYROM debate, and went for Turkey instead.

I'm not exactly sure what Natasha's reason was for that wager, but she fell short on both ends of the spectrum. She needed to either go $8601 Martian or less than $599 Venusian.

Was that the second Lindbergh clue in a week?


Leander wrote: ↑
Thu Mar 22, 2018 7:44 pm
I would have thought the reference to “mainland” in the FJ clue would have steered them away from Malta and Cyprus.

This is precisely what led me to reject these two as possibilities.

Rebecca was correct with adding -ic to the man’s name. I took a neg with adding -esque and now wonder if that gets by the judges as well?

I said the same thing. It came up on a Google search, but not necessarily from an academic enough source to pass the judges' muster. I ended up marking it as a clam.

It's odd that Alex chose to break after clue 13.
Sprinkles are for winners.
Top

sometimes, the end justifies the means

came home just in time for the final clue. No one remembered Ross Perot is from Texas?

FJ--easy peasy. No way that betting the others miss should pay off... but it did.

Instead of west or east, I went south to Libya. Doesn't sound like many people got the wrong answer in that direction.
Top

How else is third place supposed to win then?
Top

Vowela wrote: ↑
Thu Mar 22, 2018 8:40 pm
Instead of west or east, I went south to Libya. Doesn't sound like many people got the wrong answer in that direction.

Oh, I went in that direction. I didn't say Libya because Libya must be too far west, since the allies crossed north from that country into Italy. I said Egypt -- didn't the ancient Greeks do a lot of stuff there? -- and realized my mistake too late.
Top
Post Reply
46 posts