John Boy wrote: ↑
Fri Feb 08, 2019 8:52 am
At this point I have to concede that Bif has more going for him to get him on the show than just the unusual name. This was a very strong, dominating performance for a well-deserved runaway second win. Should be really interesting to see how far he takes this.

WHY DO YOU HAVE TO KEEP JINXING PLAYERS LIKE THIS?!?!!?!
Top

Blue bird has to be one if the sillier stand and stare clues. I mean, come on!! It was a picture of a blue bird!!

Were they afraid it was really a cardinal in disguise??

Were they afraid it was really a cardinal in disguise??

The blue grosbeak (Passerina caerulea),[2] is a medium-sized seed-eating bird in the same family as the northern cardinal 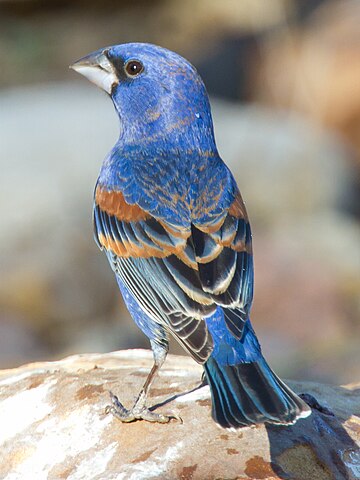 Got JFK immediately, counted the letters in Nixon, then immediately thought "what POTUS would be known by a one-letter name"...W was an easy pick, then remembered there was a movie.
Total game show career losings = $171,522
Top