Stupid football game ran long, so I had to play J! round off the archive. The irony of J! being preempted TWICE for football...

This one was good tho:

And there's always attaching to the post directly.
The best thing that Neil Armstrong ever did, was to let us all imagine we were him.
Latest movies (1-10): Foreign Correspondent (9), Colossal (9), The Love Bug (8), The Awful Truth (9)
Top

Ok, how long has this been possible? I could've sworn I checked for a way to upload images to JBoard way back when and concluded it couldn't be done. That's why I've always used external links.

So presumably everyone can see THIS? 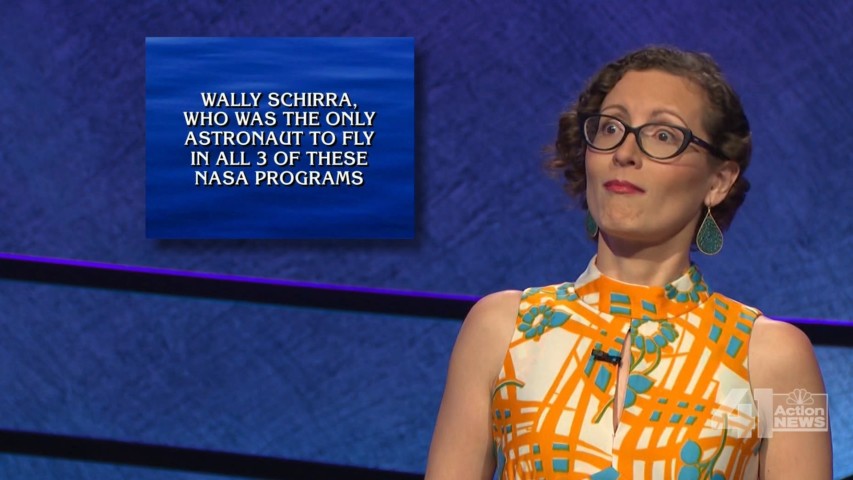 
Is there a downside to doing it this way (other than the slightly obnoxious text at the bottom of the image)? Does the image eventually get deleted? Does it become the property of the evil JBoard owner?
Top

So, how we doing on the video front? Still not embeddable?
Here's a link that provides the context of that reaction shot. The whole sequence is delightful, and it's especially fun to watch that expression develop on Elise's face. The still image, wonderful as it is, doesn't do it justice.

I'm not sure what's going on with images or videos. Hasn't been the same since we needed to update the PHPBB software. I only saw the Google image. I always just upload the picture as an attachment; I don't know of any disadvantage other than the size limitation (so I usually just cut them down). And yes, all your GIFs are belong to me.

P.S. She was amused by it.
Top

Who "was amused by" what? Elise? You know Elise?

Re: embedded video, the weird and slightly disturbing thing is that clicking on the phpBB in the bottom right of the black box takes me to a Russian (well, Cyrillic alphabetted) site called http://phpbbex.com/. Have we been hijacked? Will this all get better once the impeachment is over?
Would it help to switch to a different plugin such as the one that supports the [media] code?

I replied to a Facebook post of Elise's about her attire with that picture. It got a 'laughing' reaction from her.

I can look into that extension. Or maybe see if I can get the 'video' button to actually work.
Top


The last image from Google photos is the first one I've been able to see. Previous ones showed a circle with a bar through it; the first one in this note simply says "Image" in text. The final one comes in just fine. Using a desktop PC with Windows 10. Browser doesn't make a difference -- Firefox, Chrome, IE, and Edge all give the same result.
I'm not the defending Jeopardy! champion. But I have played one on TV.
Top


OR maybe you've ticked off someone with power at Alphabet.
I'd rather cuddle then have sex. If you're into grammar, you'll understand.
Top

I wish I hadn't seen that Good Television category. I missed both the $1200 and $2000 clues, giving me a total of $-400 in the category. Then again, Elise hooked up with a $2000 rebound on All the Light We Cannot See that I wouldn't have gotten otherwise. I also absolutely blanked on "proletariat," but at least I had the good sense not to ring in on that one.


talkingaway wrote: ↑
Sat Nov 23, 2019 12:29 pm
I had the "Sung" part for the grandpa of North Korea, but blanked on the easiest part of the name. But "that moonie guy" (Sun Myung Moon) got mixed in my head, and made me clam. Speaking of which, what's the J! convention for certain Asian names? Case-by-case basis? The family name is generally first in China and Korea, so would "Kim" count? Is it "last name" and not "family name", so "Il-Sung" would count? Because either one would be a little weird. (Almost as weird as not needing to specify the full name for Jeff Bezos' wife.) I love the Olympic convention of all-caps for family names when they show the players competing on TV - whether it's the first name or last name.

It should be the family name, Kim, although that should obviously lead to a BMS in this case.
Sprinkles are for winners.
Top


Their own SEC filings call it a "parent holding company," so nothing wrong with calling it either one...
Top