A message board for fans of the Jeopardy! television show. AFRET CMS is our JBoardie of the Month!

Some of Alex Trebek's audio was re-recorded when his voice recovered.

OPENING REMARKS
Alex: Thank you, Johnny Gilbert. Thank you, ladies and gentlemen. On our program last week, we had one champion for five days. This week we've had two champions in just two days. Is that trend going to continue? We're about to find out. Jennifer and Colby, welcome to the show. Let's go to work...

[Alex's hoarse contestant interview audio was not re-recorded for this show.]

Alex: Colby Potter is from Denver, Colorado. He's a policy analyst, and you and I--you don't realize this, but we have something in common because you play a sport that, when I was much younger than you, I played also--broomball. It's a lot of fun.

Colby: I try to. I try to. I played a season last season, actually, thinking that it would be quite similar to when I played in college, which was, you know, a great excuse for a bunch of guys to, you know, drink a few beers and go out and play a game. But it turned out I was playing with a number of Division I and II hockey players.

Colby: I did not last very long.

Alex: The danger with broomball is that the walls have no give.


Alex: Jennifer Morgan is an editorial project manager from New York who likes to collect what?

Jennifer: Plush inanimate objects. It was ironic that "plush" was one of the answers. It started with a stuffed Eiffel Tower on a trip my husband and I took to Paris when--

Alex: How do they stuff an Eiffel Tower?

Jennifer: Well, I thought it was amusing that they would take a giant steel structure and make it fuzzy and cuddly with googly eyes and a little beret on top.

Jennifer: So, since then, I've collected a Space Shuttle, uh, the planet Saturn, I have a trolley, all these things with googly eyes.


Alex: Jonathan Marcus is a law clerk. He is our champion. He's from north Hollywood, California. Even if you're not from Southern California, you have probably heard of Dodger Dogs, which are served at Dodger Stadium. Now, I thought there was only one kind, but I am wrong.

Jonathan: Uh, there are several now, and I've eaten most of them. I've had one topped with kimchi and one covered with mac and cheese. Uh, but there was one that I couldn't bring myself to try.

Jonathan: And that was the, uh, hot dog covered in cocktail shrimp, the surf and turf dog, and I decided that was, yeah, a bridge too far for me.

Alex: A bridge too far. All right.

INDEPENDENCE DAYS $1200: On Sept. 21, 1981 this British colony became the last nation on the American mainland to gain independence
(Jonathan: What is Canada?)

TRIPLE STUMPERS IN THE DOUBLE JEOPARDY! ROUND
MOVIE QUOTES $1200: A 2010 remake:
"I'm a foolish old man who's been drawn into a wild goose chase by a harpy in trousers and a nincompoop"

VENUSIAN MONOLOGUES/MARTIAN CHRONICLES
Four-fifths for first place.
Jonathan: Wager $12,301 to cover Colby.
Colby: You're faced with a legitimate choice in strategy. You can either choose to cover Jennifer, hoping that you give the correct response and Jonathan doesn't, in which case you'll want to wager $6,401 to cover Jennifer's doubled score, but no more than $9,400 if you want to top Jonathan on a Triple Stumper; or bet up to $4,399 and win if both Jonathan and Jennifer miss Final.
Jennifer: If you think Colby is going to wager to cover you, try wagering less than $2,000 to beat Jonathan and Colby on the Triple Stumper; or, if you think Colby is going to wager small in hopes of a Triple Stumper, wager between $4,401 (venusian, to top a $0 wager by Colby) and $10,800 (martian, which may win in some cases but may also risk dropping you from second to third place if you get Final wrong).

FINAL JEOPARDY! CLUE
This woman who passed away in 2015 wrote what is billed as Australia's "Gone with the Wind" MISCELLANEOUS INTERESTING CLUES
IT'S ALL ABOUT "U" $200: 7-letter beach danger--at least keep it to first degree
(Colby: What is burn?)

PRESIDENTS' SPEECHES: ONE WORD OFF $800: FDR:
"In the field of world policy I would dedicate this nation to the policy of the good time"
(Colby: What is deal?)

WHICH AFRICAN COUNTRY? $400: It's highlighted here

WHICH AFRICAN COUNTRY? $1000: The Tobruk War Cemetery
(Jonathan: What is Tunisia?)

THE NAME OF THE ROSE $800: Like a '60s Donovan hit, they call the hybrid tea rose seen here this

THE NAME OF THE ROSE $400: A new variety, Anna's Promise, is the first in a series of roses inspired by this British TV series

TEAMS THAT HAVEN'T WON THE WORLD SERIES $600: In 2015 shortstop Troy Tulowitzki hopes to help this team fulfill its mile high hopes
[NOTE: The day before this episode aired, Tulowitzki was traded to the Toronto Blue Jays. The clue was correct at the time of taping.]

THE NAME OF THE ROSE $1000: This very popular & common variety shares its name with a type of lettuce

THE NAME OF THE ROSE $200: Hot dog! The tree rose seen here is named for this condiment pair
(Alex: And I don't understand why Jonathan didn't ring in first on that one.)

COLD SCIENCE $800: (Kelly of the Clue Crew reports from a testing facility at NASA Glenn Research Ctr in Cleveland, OH.) To simulate the temperatures in space, a cold wall inside the testing chamber uses this substance, LN, that can cause frostbite on contact

STARTS WITH AN ANIMAL $1600: It doesn't get more classic than these shoes seen here
(Jennifer: What are oxbloods?)

COLD SCIENCE $400: Proteins in Antarctic fishes act as a type of this, like Prestone in your car
(Colby: What is a coolant?)

Women Authors
This woman who passed away in 2015 wrote what is billed as Australia's "Gone with the Wind".

My prediction of yesterday that Jonathan was a lightweight whose tenure would be short-lived came obviously true today. Whyever did he bet EVERYTHING on FJ? If he had covered MAXIMUM BETS by his challengers, he would be a champion again today. In addition to that egregious mistake, he had to be prompted to phrase in the form of a question TWICE in the J! round.

LOL@ the new champ for raking in less money than the 2nd and 3rd place finishers.

LOL@ Jonathan for his answer of Canada as the newest independent English-speaking country in the W.H.

Three cheers for Jennifer for knowing her electronics well enough to know what an IC is.
I'd rather cuddle then have sex. If you're into grammar, you'll understand.
Top 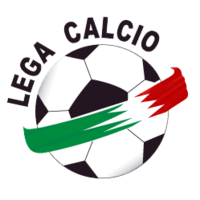 Bit of fun for you guys: What does today FJ! have to do with this video?:

I don't want to win if I don't win at least 36,000."
"It's not really fair to the other players to only bet the minimum shutout bet, is it?"
"I'm double parked."
"I don't want to eat lunch at the Jeopardy commissary."

And all this time I've been calling the senseless all-in wager from second place the 'suicide' wager. Silly me. Actually, it's too bad they left some money behind, a triple zero would've been fun to see.

Eventually got FJ right after running through all the female authors I could think of and eliminating the Americans and Brits. How could I forget the Thorn Birds...
Top

All three contestants played very well up until FJ, then they all bet nearly everything on FJ and missed it. When's the last time a J! player won with an amount as low as $200? I had 36 correct responses including the triple stumper True Grit. I also got the missed DD of Belize. I knew that the FJ clue wanted the author of The Thorn Birds, but I could not think of her name.
Top

I have a lot of respect for Jennifer's gutsy wager on her DD, and for pulling it off. I have the sense she rang in a lot when she shouldn't have. I'll be interested to see how many negs she had.
Top

Three people who all bet much more than they should have. I almost popped a vein yelling for all of them to get off my television.
Life IS pain, Princess. Anyone telling you differently is selling something.
Top

This is now the third Jennifer Morgan to have appeared on the show. She is the only Jennifer Morgan to have had a shot at winning going into FJ. (The first, who was in my A.P. English class back in ought-eighty-two and eighty-three, came up against a buzz saw who put together a decisive runaway. The second was in the red when the buzzer sounded.) She threw it all away just to make me look ridiculous. And a penguin in my position can't afford to be made to look ridiculous. Well, ok, I can. But still....

Where do we contribute to the Keith Williams Liquor Replenishment Fund? Dude was down to coffee last I checked. COFFEE!!! That ain't gonna cut it after these wagers.
Top

Dan Pawson had a $200 win in one of his regular games(1/4/08), so it's at most tied for the lowest post November 2001 winning total. If the new champ doesn't win another game, he'll have the lowest winning cashtotal of any champ, certainly in the post-November 2001 era, no? Darryl Scott won a second game after his $1 win 22 years ago.
Last edited by legendneverdies on Wed Jul 29, 2015 8:07 pm, edited 1 time in total.
Top

I think we should put Vermonter on suicide watch. After he sees this, he must be considered a threat to himself and others.
Top

I thought that this was a tough board. It had been a pretty good game, but the female contestant going to the top of the board when she was down at the end of the DJ round was a bad sign.

I got It's a Wonderful Life just from the 1946 part. That film and that year have become a full proof Pavlov for me.

I couldn't have told you what The Thorn Birds is about, but I only knew one female Australian author. McCullough it was.
Top

^
^
enjoys the suffering of others a little too much. C'mon people its only a little math!

Should be a triple black or whatever Keith's completely bad bet color is this week.

2nd should have bet just enough to cover 3rd.
3rd really should have stood pat, It was pretty much a lock that 2nd and 3rd would wager big enough to drop below 3rd's current score.

If you're like me, you'll forget. I know this isn't the first time I've learned this factoid. For some reason I always think of The Thorn Birds as taking place on the American prairie somewhere--Willa Cather country. Maybe it was the cover illustration: 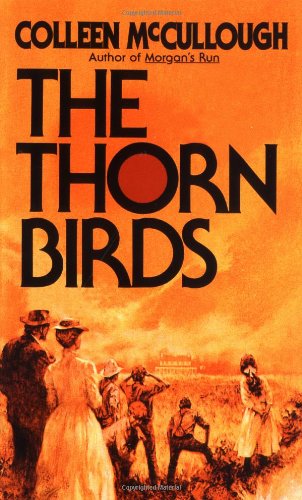 That picture could totally go on the front of "O Pioneers!" (But now that the clue mentions it, I do see Tara off in the distance.)

So I always assume McCullough is (was, now) American. If I'd known she was Australian, this would've been an instaget. It's not like I can name any other female Australian authors. I ended up going with Jane Campion, hoping she'd done some writing before turning to film. Turns out Campion's from New Zealand and only studied in Australia.
Top

Ugh. Yesterday I was explaining to my little brother why it's the dumbest move ever to bet everything from the lead position. Luckily my wagering lesson was supplemented with a practical example today.

On a non-FJ! note, judges ruling: would "boobish" be accepted for the clue whose answer was "gullible"? The blue-footed booby is a marine bird and boobish means at least something along the lines of what the clue asked (I think, I don't remember the wording).
Top
Post Reply
113 posts