Are you sure you aren't missing any other 74-time champions?
Top

No, not sure. The first iteration of the script that generated this list included Monica Thieu in that category.
J! Archive
[Fleming ToCs] [Wildcard Cutoffs] [Leaderboard] [ToC Alternates] [Superchampions]
Top

If there was a way to do this easily without a ton of busywork, it would be interesting to have a notation of when they appeared listed next to each player. Either (Season 29-30), (April-May 2013) or even as simple as (First win March 31, 2009). Perhaps the latter could be done using a script?
Top 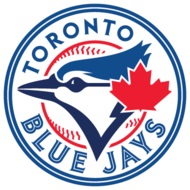 Notably, not a single Canadian on the list.
Top

I'll work on it for the next iteration. It's actually not a simple thing to accomplish!
J! Archive
[Fleming ToCs] [Wildcard Cutoffs] [Leaderboard] [ToC Alternates] [Superchampions]
Top

Brad Rutter appeared when there was a limit of 5 times, right?

Also, if I counted correctly, only 54 total. I don't know if I expected there to be more.
Top