A message board for fans of the Jeopardy! television show. AFRET CMS is our JBoardie of the Month!

FINAL JEOPARDY! CLUE
MIMAL, sometimes said to be the silhouette of a chef or elf, stands for Minnesota, Iowa, Missouri, and these 2 states

A win from the middle and unplayed clues? That does not happen every day. Add in an incorrect response changed to correct and it was an unusual show.

Today's BMS or not to BMS was Collins. Yeah, there's only one of note.

Today had me grateful for 30 seconds as MIMAL meant nothing to me. After a brief detour to Alberta, I at least knew I need to name two states. A? Alaska? Too far away. Arizona? Too far away. Alabama? How can that be related to the MIM states? What's left? Okay, half done. L? Well, that touches the fourth one.

That gave me something on paper and it turned out to be right. It was not until Ken's explanation that I understood what was really going on. Tough start for the players this week on the FJ! clues. By Thursday things should turn around a bit.

If Katie had converted DD3 for the possible 19400 to 14000 lead for the FJ! round would she have bet 8601? Probably not, so the chance to repeat was there, but she let a gettable DD cost her the game.
Top

I am shocked. Shocked. And not in an ironical way.
Top

Took me a second because I'd never heard the mnemonic before. But the chef thing, yes, that I knew.

Tennessee is the pan, and Kentucky is the chicken.
Top

I mean, I've lived here my whole life and never heard of this mnemonic.

Did they not realize from the clue that the states were contiguous?
Brian Weikle
Season 19
Top

people actually need a mnemonic?
Oh, of course--they're northeasterners, what am I saying?

Honestly, this would be suited for a teen tournament

That question was the (chef’s kiss)
Top

Did they not realize from the clue that the states were contiguous?

I figured out the clue and correctly solved it, but only realized after the fact that it has to be a mnemonic for the states along the western bank of the Mississippi. --Bob
Top

I would give an assist to her Final Jeopardy! wager, which gave her no chance to win against any rational bet from Vince. That fact was concealed when she didn't correctly solve the clue, but there's a new forehead-shaped dent in my wall. --Bob
Top

While I'm sad to see Katie go, her wager didn't seem ideal. While it does cover for Stephanie possibly doubling her score, this definitely felt like one of those "you may as well risk the vast majority of your score to have a chance of winning, even if you fail and end up in last place" situations.

Stage nerves may have gotten the best of all three contestants, since I had never heard of MIMAL and still thought "Oh, so the states line up from top to bottom, and Alabama would be outside of that configuration." Alternatively, everyone blanked on remembering Arkansas. Not the state's best day, I guess.

Vince's guess on All About Hair $400 got an audible "Oh no! Oh no..." out of me. If only psoriasis was only an annoyance that could be fixed up with shampoo. On a more silly note, it would have been interesting if the category had been in yesterday's game instead and Jimmy had swept it.
Top

Never heard of the mnemonic, but if you ask me what two states come next in this sequence of Minnesota, Iowa, and Missouri, I'm immediately giving the correct answer without the mnemonic. 5th grade required us to learn where all the states were and the capitals.

Golf wrote: ↑Tue Jan 17, 2023 3:46 pmNever heard of the mnemonic, but if you ask me what two states come next in this sequence of Minnesota, Iowa, and Missouri, I'm immediately giving the correct answer without the mnemonic. 5th grade required us to learn where all the states were and the capitals.

Her wager yesterday is probably defensible, and did get her a win when the traditional shut-out wager would have cost her the game. Her wager today is indefensible. --Bob
Top

When Ken said there was a change in scoring that affected Vince, I figured he was getting credit for psoriasis where they expected dandruff. The clue, in ALL ABOUT HAIR was "Many shampoos target this annoyance, a form of dermatitis in which a yeast causes your scalp to shed bits of skin". I do know there's such a thing as "scalp psoriasis" and there are medicated shampoos to treat it. Is it a form of dermatitis? Is it caused by a yeast? Does it cause your scalp to shed bits of skin? I suspect it stumbles at one or more of those hurdles.

So the reversal was for a response where Ken gave a drawn out "Noooooo" as though he wasn't sure he should be negging "polymer" even though he had "protein" written on his card. I'm starting to think this Ken guy is pretty sharp.

My tempted "bat flip" moment on this show would have been with the clue about tiny muscles making our hair do this "as a ghost in Shakespeare promises to do". I would have so loved to respond "what is stand on end like quills upon the fretful porpentine?"

Less of a bat flip, but still perceivable as show-offy would be my response of "spiracle" instead of "blowhole". I'd trust Ken to accept this response on the fly, even if it wasn't written as an alternative on his card.

Vegemite is some serious negbait when they want a British vegetarian spread made from brewer's yeast. I happened to have looked this up earlier today, so I had it straight in my head that Vegemite is the Australian brand. The Brits use Marmite. That was a rough $3200 swing for Vince since his neg with Vegemite pretty much handed the rebound to whoever could buzz in with Marmite.

Rough miss on DD2 for Vince when he couldn't come up with bay in the allotted time. I couldn't either. Katie could have really rubbed it in with a $6000 get on DD3 but Constantine eluded her. Charlemagne is a similar sounding name. I wonder if her brain just coughed up the wrong guy. Because otherwise, Charlemagne is a pretty desperate guess for 324 A.D.

FJ seemed easy enough. Take 10 seconds to parse the clue. Fill in the only L state you know of. Visualize which A state connects it to Missouri. I think step 1 would be the hardest for me under the lights. But I think for many contestants (perhaps including these) it's visualizing a map of the US that causes the most trouble.

For those still trying to picture it, here's a graphic I found: 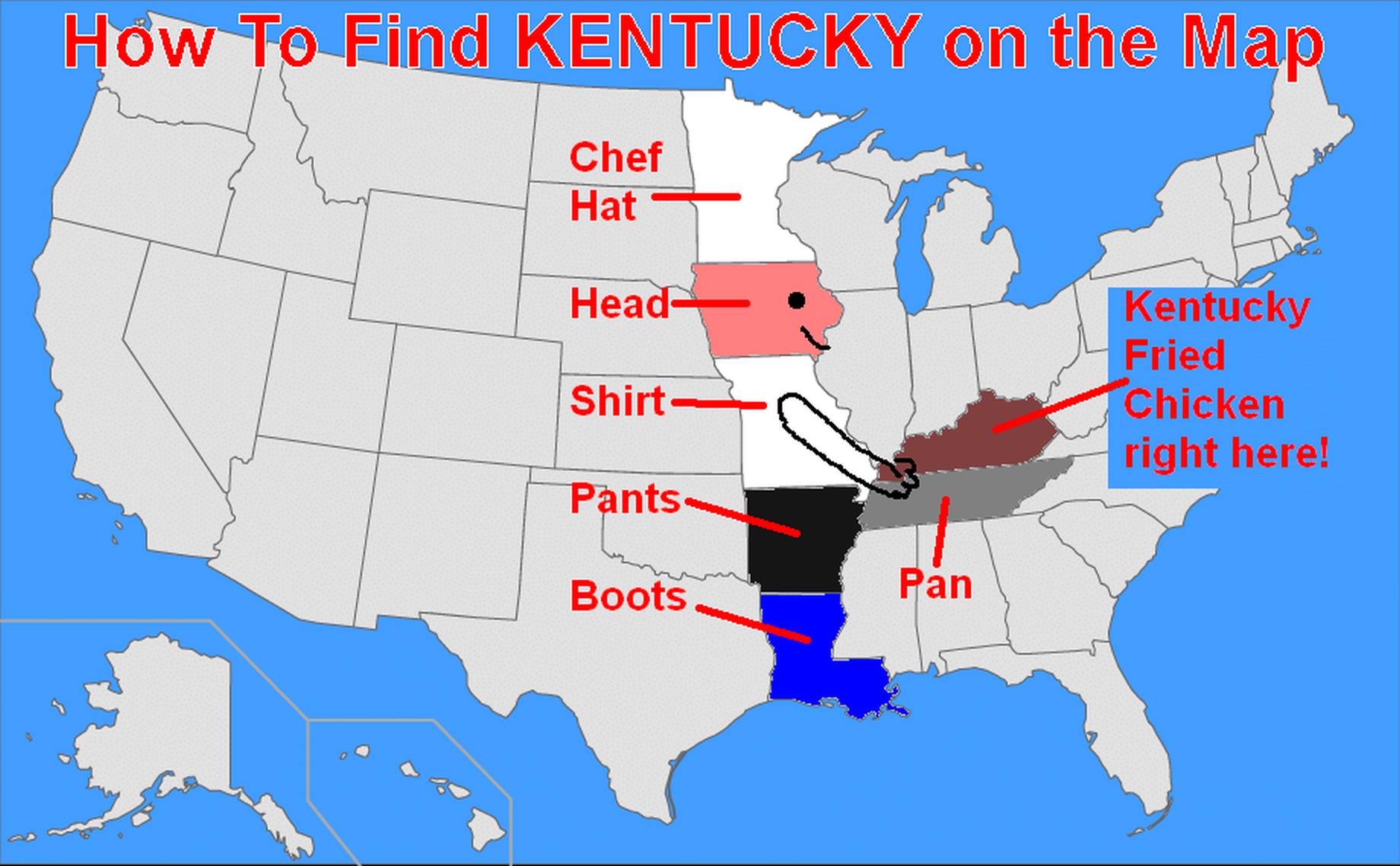